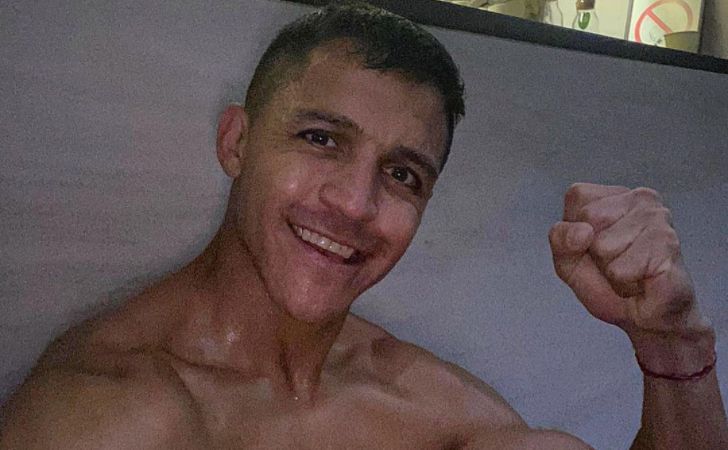 Well renowned with the nicknames ” Electric Sanchez” and “Boy Wonder,” Alexis Sanchez is a prolific forward in football. Chilean international professional footballer Sanchez plays for football club Inter Milan after his transfer from Manchester United in 2020. Alexis is a versatile attacking player capable of playing at any position in the attack, from a winger to central forward. His combination with Mesut Ozil was a joy to watch while the pair were at Arsenal football club.

After being labeled as a flop transfer for Manchester United, he has started to show his brilliant form at Inter Milan. Alexis Sanchez has played for his national team for a long time as he is the most capped player in the international matches for Chile. He has won major trophies like the FA Cup, UEFA Super Cup, and the Spanish league title. Sanchez is regarded as one of the finest attackers in football due to his agility, shooting skills, and lethal finishing skills during the game. In this article, we have covered the Chilean professional football player Alexis Sanchez’s biography and his professional and international career details.

Chilean International footballer Alexis Sanchez was born to their father, Guillermo Soto Espinoza, and mother Martina Sanchez. Footballer Sanchez was born to a poor family in Tocopilla, Chile. His childhood was not easy because his father left him and his family when Alexis was still an infant. However, his uncle came to support Alexis’s family and he left away with his uncle. Sanchez has two brothers and two sisters as his siblings. His brother’s names are Humberto Sanchez and Guillermo Soto, while his two sisters’ names are Marjorie Sanchez and Tamara Sanchez. Sanchez and his siblings are very close to each other since an early age.

The Chilean forward once scored eight goals when he was a small boy. He was rewarded with a pair of football boots by the mayor of his birth town, Tocopilla. Impressed by his skills and raw talent, he was soon recruited in the football club Cobreloa in his home country (Colombia). Alexis Sanchez spent one full season playing with other youth players of the football academy of Cobreloa. The Chilean winger uses his first name “Alexis,” in his professional football club and national team jersey.

The UEFA Super Cup winner Chilean footballer Sanchez was born on 19th December 1988, making him 33 years old. (As of March 2022) Sanchez is also renowned by his nickname” Electric Sanchez” and “Boy Wonder”. He is a Christian by religion, and his Zodiac (horoscope) sign is Sagittarius. Sanchez is one of the four children (two brothers and two sisters) born to his parents.

is a right-footed striker footballer having flashy pace and excellent dribbling ability. The champions’ league winner, Chilean international footballer, has an athletic body and he stands 5.6 feet tall at present. Sanchez has evenly matched weight for a professional footballer, as he weighs around 137 pounds (62 kilograms) at normal. He has black color eyes and dark brown color hair. Alexis Sanchez has a chest span of 41 inches and a waist of 32 inches. Likewise, Sanchez’s athletic biceps measure 14 inches and he uses a shoe size of 10 (US).

Alexis Sanchez Salary and Net Worth

According to multiple sources, Alexis Sanchez is worth around 40 million dollars. Alexis has played for many richest football clubs like Arsenal, FC Barcelona and Manchester United. So a major part of his earnings constitutes salary, additional bonuses, and sponsorship deals he made by playing for those clubs. He has made 146 appearances for the Chilean national football team after making his international debut in 2006. Alexis has earned a significant salary playing for his national team.

According to the contract, Sanchez spent four seasons at Arsenal, where he also earned salary and bonus. He currently earns around 5 million in salary with the Italian football club Inter Milan. He also makes earnings from his club in performance bonuses. This amount makes his one of the highly paid Chilean footballers in the Italian league. Alexis also owns multiple extraordinary cars in his collection. Some of them are Bentley and Range Rover.

The UEFA Super Cup winner Chilean winger does not speak much about his personal life. Currently, we do not have any information about his present girlfriend. Alexis Sanchez may be still single or dating women at present. He has been in a relationship with different women in the past. He was previously dating models Mary Plaza and Michelle Carvalho before he decided to break up with both of them.

Sanchez was also in a relationship with another model whose name is Mayte Rodriguez. She is also from Chile and she is a dog lover. The couple dated for a few years and they broke up while Sanchez was playing for Manchester United. Sanchez is also a dog lover and has kept few dogs as his pet. The Chilean footballer has a huge following on his social media accounts like Instagram and twitter.

Alexis Sanchez is one of the best finishers in this sport. He is an intelligent and versatile footballer having beautiful trophy collections throughout his career. His unique style and power shooting makes him one of the best striker in football. Sanche is also very good on one vs one against the opposition goalkeepers. He has several awards in his career like the FA Cup, UEFA Super Cup and the Spanish league title playing for both the English club and Spanish club.

The Spanish league title winner Chilean footballer has excelled at the attacking position playing as the winger and central forward. His passing, one vs one dribbling, and long shooting ability makes him an all-round attacking footballer.

Alexis Sanchez is also quite active on Facebook, Instagram and Twitter. He posts pictures of his vacations in different places with his dogs, which has earned him huge fan followings around the world. He uploads pictures with his cars, siblings, and mother on his social media.

The Italian Super Cup winner Chilean central forward currently plays for the Italian football club Inter Milan. His loan deal was made permanent by the club in 2020. His market value has been declining since the day he left Arsenal FC. According to Transfermarkt his current market value is 3.5 million Euro.

Follow us and get the latest news delivered to your timeline!
Alexis Sanchez
Previous ArticleTim Cahill Bio, Age, Height, Wife, Net Worth, FIFA 22, StatsNext ArticleShane Warne dies of heart attack at the age of 52