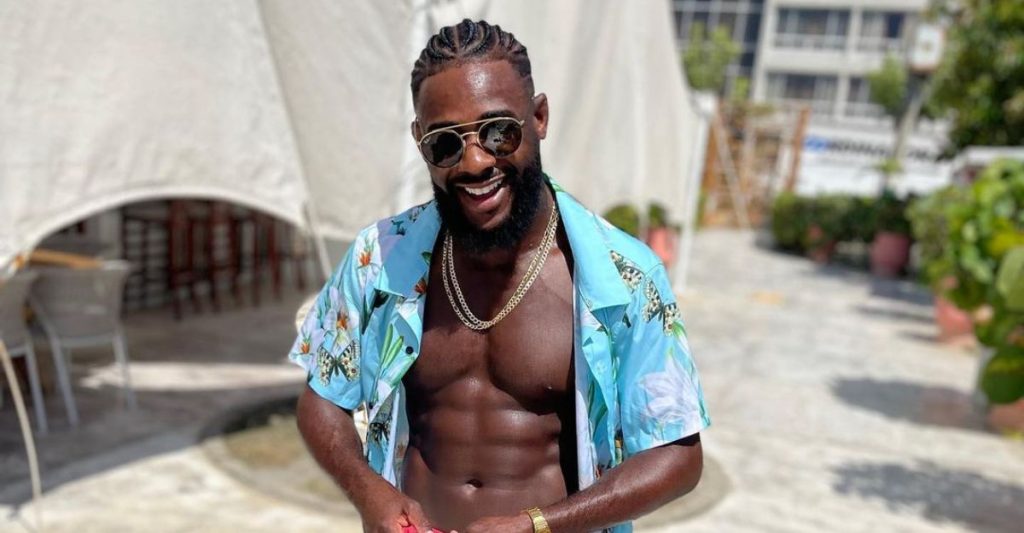 Aljamain Sterling is an American MMA Fighter who competes in the Ultimate Fighting Championship. He is the current UFC Bantamweight Champion.

On March 6, 2021, he defeated former Bantamweight champion Petr Yan. Sterling won the fight as Yan got disqualified due to an intentional illegal knee. His MMA record is 20-3-0.

He is with Serra-Longo Fight Team and currently holds a Black belt in Brazilian Jiu-Jitsu. He has smooth and clean wrestling.

He has four submission wins till now in UFC. He has three losses in MMA. All of the losses came in UFC. He was also a former Cage Fury Fighting Championships Bantamweight Champion.

So, if you are a fan of Aljamain Sterling and want to learn more about him, please read the article below.

Aljamain Sterling was born on July 31, 1989, in Uniondale, New York, United States. His father’s name is Cleveland Sterling, and his mother’s is Sophie Sterling. Both of his parents are Jamaican.

Sterling admitted that he doesn’t have positive memories of his father as he would often indulge in domestic violence. He will never forgive his father for all the misery his mother faced. MMA fighter Aljamain grew up with seven full siblings and at least 12 half-siblings.

In 2004, Sterling started wrestling at Uniondale High School to avoid gang life as some of his brothers were gang members.

Later Aljamain Sterling joined Morrisville State College, where he continued wrestling. He developed his interest in MMA while at Morrisville when he met Jon Jones. He transferred to Cortland after the freshman year and became a two-time NCAA Division III All-American with a 87-27.

Due to his unorthodox wrestling style, he earned the nickname “The Funk Master .”More information about Aljamain Sterling‘s early life will be updated as soon as possible.

Aljamain Sterling had a troubled childhood, but his education was decent. He joined Morrisville State College, where he got the opportunity to start wrestling.

He transferred to Cortland after his freshman year. Sterling graduated from Cortland with a bachelor’s degree in physical education.

Sterling’s body measurements and shoe size are unavailable and will be updated as soon as possible. He has black hair, and his eyes are Dark Brown. Sterling’s zodiac sign is Cancer.

Who is Aljamin Sterling Girlfriend?

Aljamain Sterling is currently dating Rebecca Cruz. They started dating in 2011. The couple recently engaged on February 15, 2021. The couple has not married yet, but some rumors suggest they will marry soon.

Rebecca is of American nationality. Rebecca has her own cosmetic company called NYX Professional Makeup.

Sterling makes the majority of his money from fighting in the ring. Also, brand endorsement and other sponsorship deals and advertisements are also part of his income.

Sterling current form is really good, and it looks like he is going to give a hard time to Petr Yan defending his title. Eventually, his salaries will grow in the future and he will most likely have more sponsorship.

In 2009, Sterling started his amateur career with a submission win. Before turning professional, he had a 6-1 amateur record. His one loss came from a split decision. However, later he avenged his loss.

His second win came at EFC: Bragging Rights 2 on May 21, 2011, against Harley Leimbach.

On June 17, 2011, he won the Ring of Combat Bantamweight Championship against Claudio Ledesma in a split decision. Similarly, on July 23, 2011, he made his Featherweight debut in CFFC 10: Black Eye against Evan Chmielski by a technical knockout.

On October 22, 2011, he returned to Bantamweight and won the CFFC Bantamweight Championship against Sean Santella unanimously.

In the next three title fights, he defended his titles all three times. His opponents were Casey Johnson, Sidemar Honorio, and Joel Roberts. Sterling made his UFC debut on February 22, 2014.

Sterling was set to make his debut in UFC 170. However, his opponent Bryan Caraway got injured, and Lucas Martin replaced Caraway. Martin was also forced out of the fight due to injury. Therefore, Martin was replaced by Cody Gibson. Sterling won via unanimous decision.

Sterling had his second UFC fight on July 16, 2014, against Hugo Viana. He finished the fight via TKO in round number 3. On April 18, 2015, Sterling submitted Takeya Mizugaki via arm-triangle choke.

Yet another submission against Johnny Eduardo on December 10, 2015, made Sterling viral in the MMA community. His first loss in UFC came against Bryan Caraway via split decision on May 29, 2016.

On January 28, 2017, Sterling tasted his second MMA loss against Raphael Assunção via split decision. On April 15, 2017, he faced Augusto Mendes in UFC: Johnson vs. Reis. He won the fight via unanimous decision.

At UFC 214 on July 29, 2017, Sterling faced Renan Barão via unanimous decision. On December 9, 2017, Sterling was set to fight Rani Yahya at UFC Fight Night 123. However, Yahya pulls out of the fight due to injury.

Marlon Morales replaced him. Morales gave sterling a tough fight, and Morales had good form then. Morales KO’d Sterling in the first round.

On September 8, 2018, at UFC 288, Sterling won against Pedro Munhoz unanimously.

On June 6, 2020, at UFC 250, Sterling faced Cory Sandhagen. The winner of this fight was supposed to fight for the Bantamweight title. Sterling won the fight via submission in the first round and earned his first Performance of the Night.

On December 12, 2020, at UFC 256, Sterling was set to fight Petr Yan. However, it was announced that the bout was scrapped from the card due to an undisclosed reason. Later on March 6, 2021, at UFC 259, Sterling and Yan fought against each other. Sterling won the fight by disqualification due to an intentional illegal knee by Yan.

They are rescheduled to meet at UFC 273 on April 9 for the UFC Bantamweight Championship.

The event featured a UFC Bantamweight Championship fight between former champion Petr Yan (16-2-0) and Aljamain Sterling (20-3-0). Sterling won the fight as Yan got disqualified due to an illegal knee on Sterling.

These two are set for a rematch on April 9 at UFC 273. Petr Yan is hungry to get his title back, and Sterling will surely give his best to defend his title.

This was a short fight for Sterling as he submitted Sandhagen by rear-naked choke in 1:28 in round one. Sterling dominated Sandhagen and earned the Performance of the Night award.

UFC 238: Cejudo vs. Moraes was a mixed martial arts event held on June 8, 2019, at the United Center in Chicago, Illinois.

Sterling won all three rounds and won the fight via unanimous decision.