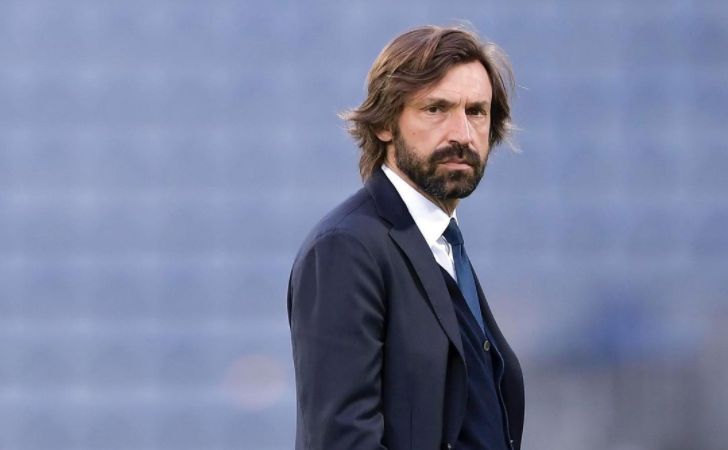 Andrea Pirlo is one of the most skilled and technically gifted retired footballers globally. He is also called a metronome due to the rhythm he sets in the team with his playing style. Italian international former professional footballer Pirlo played for many great football clubs like AC Milan, Inter Milan, and Juventus in his 22-year football career. Pirlo is also the champions’ league winner and world champion with his national team.

Pirlo is a versatile and skilled player who can play excellently at the midfield position. During his career, he has played as Central midfielder central defensive midfielder, and sometimes as a left midfielder and right midfielder. Footballer Andrea has won many major trophies (national and club level). Footballer Pirlo is widely regarded as one of the finest and most skilled midfielder of the game due to his intelligence. He has excellent shooting skills, and versatility during the game. This biography on retired football star, Andrea Pirlo covers some of the important moments from his early life.

The former world cup winner Pirlo born to father Luigi Pirlo and mother Livia Gutta. Both his father and mother are from Italy. His father used to own a metal trading company when he was a kid, so he had a comfortable life. This footballer  also has one brother, whose name is Ivan Pirlo and one sister whose name is Silvia Pirlo. Andrea grew up playing Football with his brother and friends.

The talented footballer Pirlo was soon recruited in the ranks of the local club Voluntas, and in early 1995, he joined the Italian football club Brescia before finally moving to the AC Milan where he gained immense success. The former world cup winner Andrea played with number 21 on his jersey during his days at AC Milan, who again wore the same number 21 at his next club Juventus. Likewise, he used Pirlo as his name in his club and his national team kit during his career. Starting as a supporting striker in his early days, he excelled at many midfield positions.

Italian international Andrea Pirlo was born on 19th May, 1979, making him 42 years old. He follows Christianity as the religion and his Zodiac (horoscope) sign is Taurus. According to Luigi Pirlo, he always played Football with the children in their neighborhood. Delighted by his talent, his father took Pirlo to the local clubs in Italy, who was soon recruited in the junior team of Brescia. Since then Pirlo has been playing at a high level, making him one of the best players in modern Football.

Pirlo has an athletic body and, he stands 5 feet 10 inches (1.77m) tall. Andrea Pirlo has evenly matched weight for a professional footballer, as he weighs around 150 pounds (68 kilograms) at normal. This footballer has Hazel colored eyes and Light brown hair. Pirlo is very professional and takes very care of his body, trainings, and diet. He has the chest span of 37 inches and a waist of 31 inches. Likewise, his athletic biceps measure 12 inches. Likewise, he uses shoe size of 9 (US).

Andrea Pirlo Salary and Net Worth

Also known as “metronome” by his teammates, Andrea Pirlo is worth around 40 million dollars to date. He has played different clubs like Brescia, AC Milan, Inter Milan, and Juventus, so a major part of his earnings constitutes Salary as manager and additional bonuses, endorsement, and sponsorship deals. Pirlo made 116 appearances for his national team after his debut in 2008. Andrea Pirlo has also earned a significant salary playing for his national team.

AC Milan signed him in a 35 million dollar deal, where he earned a whopping signing bonus and salary. This amount makes his one of the highly paid defenders in modern Football. Andrea Pirlo is also a fashion fan. He also has his vineyard and owns a wine business. Pirlo also owns multiple extraordinary cars in his collection.

Who is Andrea Pirlo Wife?

Andrea Pirlo was first married to Deborah Roversi. The couple fell in love with each other during his AC Milan days. They are parents to one son Nicollo and a daughter named Angela. The couple however have been separated for a few years now. Pirlo is now married to Valentina Baldini and the couple are parent to twin child. Andrea Pirlo himself is a fashion fan.

Pirlo has an athletic body and being a former professional Football player, he also spends his significant time in gym and training. Footballer Pirlo takes very care of his body, training, and diet, making him a remarkable professional in this sport.

Andrea Pirlo is one of the intelligent and versatile Football having beautiful trophy collections throughout his career. Pirlo unique style and versatility makes him one of the best midfielder in Football. Football commentators and fans refer to him as a football wizard. He possesses exceptional dribbling and shooting abilities. He’s also quite good one-on-one versus goalkeepers. The former World Cup champion is also very strong at crossing and moving the ball, creating opportunities for attackers and defenders to head the ball into the net. In his career, he has won various titles, including the Champions League and the Italian league Serie A, while playing for a variety of major football clubs.

Andrea Pirlo is also quite active on the social media like Facebook, Instagram and Twitter. Pirlo keeps updating the fans about the matches, and, his announcements. Likewise, Andrea posts pictures of his vacations in different places, family, and his teammates, earning him huge fan followings worldwide. He is one of the funny player having good sense of humor.

Pirlo is a retired professional footballer and he does not play for any football club. This footballer  does not have a player rating in FIFA 22 as he is not playing for any club or the country anymore. Pirlo, however has-icon FIFA cards in FIFA 22 game. He has 90 overall rating and central midfielder as his preferred position in his FIFA 22 prime icon card.