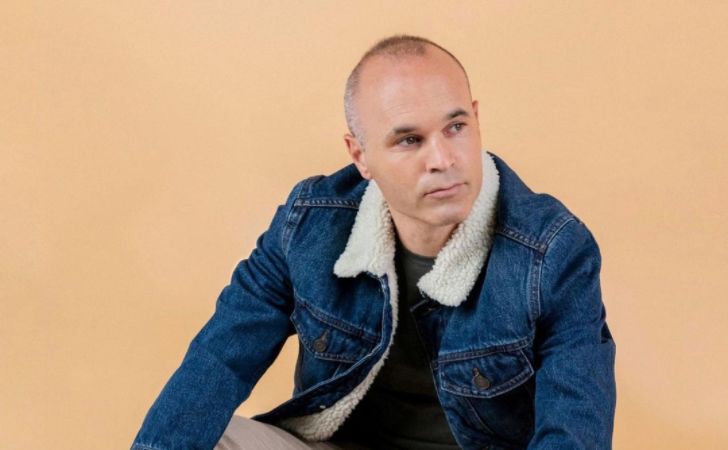 Andres Iniesta is a Spanish professional football player who plays for the Japanese football club Vissel Kobe after his transfer from Barcelona in 2018. Also nicknamed “The illusionist” by his fans, he is one of the finest and most skilled midfielders in football. Iniesta has spent most of his prime career at Barcelona football club, winning many trophies and individual awards. Footballer Iniesta is a very versatile player who can play excellently at the midfield and the attacking position.

The Spanish midfielder has scored many important goals in the tournament’s finals like the world cup and the champion league. Andres has played as a right midfielder, Left midfielder, center attacking midfielder, and mostly as the center midfielder position. Andres Iniesta has won multiple major trophies (national and club level), including four champions league titles in his career. Likewise, he is widely regarded as one of the legendary midfielders of the game due to his intelligence, dribbling quality, and versatility during the game. This post on Spanish football star Andres Iniesta covers some of the important moments from his early life.

He is also famous with the nickname “The illusionist” by his fans; he is one of the finest and most skilled midfielders in football. Spanish international Andres Iniesta was born to their father, Jose Antonio Iniesta, and mother Maria Lujan. Andres was very shy when he was a child. Iniesta’s father was a businessman while his mother was a housewife. Maribel Iniesta, Andres Iniesta’s sister, is also his sibling. Iniesta used to participate in local events and dazzle the crowd with his abilities.

His family has been a long-time supporter of FC Barcelona. Iniesta also spent a few months at the Albacete academy. He began his football career as a defensive midfielder and has since succeeded at positions such as central midfield and center offensive midfield.

Andres Iniesta was born on 11th May 1984, making him 37 years old now. He was born in Fuentealbilla, a place in Spain, and his full name is Andres Iniesta Lujan. He follows Christianity as the religion, and his Zodiac (horoscope) sign is Taurus. Iniesta has an athletic body, and he stands 5.7 feet tall. Iniesta has evenly matched weight for a professional footballer, as he weighs around 150 pounds (68 kilograms) at normal. He has brown colored eyes and completely dark brown color hair.

Even at the age of 37, he performs very solid at the midfield, making him a crucial part of the squad. He has a chest span of 41 inches and a waist of 32 inches. Likewise, Iniesta’s athletic biceps measure 14 inches and use a shoe size of 10 (US). The Spanish international footballer used number 8 in his national Jersey and Iniesta as his name in his club and his national team Jersey.

Andres Iniesta Salary and Net Worth

According to multiple sources, Andres Iniesta is worth around 120 million dollars to date. Iniesta has played most of his career at FC Barcelona and now he plays for Japanese club Vissel Kobe, so a major part of his earnings constitutes Football Club salary and additional bonuses, endorsement, and sponsorship deals. The former world cup winner has played for his national team for a long time, earning his 131 Caps until his debut in 2006. Likewise, Andres has also earned a salary from his national football team.

When Andres signed for Barcelona, he went on to win major trophies like the champion league, UEFA super cup and the Spanish league title for multiple times. Iniesta has made significant earnings in salary and performance bonus while at the club. It is believed that the prolific midfielder will sign the contract extension with his current club when his contract expires. The 37-year old Spanish midfielder has many properties and real estate investments in Spain. Similarly, Andres also has multiple expensive and fine cars in his collection like Audi SQ7 and Bugatti Veyron.

Who is Andres Iniesta Wife??

Spanish international Iniesta is one of the two children (One sister) born to his parents. He is married to a woman he has known for a long time. Her name is Anna Ortiz. But we do not have any information about her age and her profession. We will update the information soon.

The couple fell in love with each other since they were kids. Ortiz is sometimes seen attending her husband’s matches. The couple are also parent to one son, Paolo Andres Iniesta Ortiz and two daughters named Valeria Iniesta Ortiz and Siena Iniesta Ortiz. His children are were born in 2014, 2015 and 2017 respectively. He has a huge following on his social media accounts like Instagram, Facebook, and twitter.

Andres Iniesta is one of the intelligent and versatile football having beautiful trophy collections throughout his career. His excellent dribbling, precise finishing, and visionary long passing make him one of the best football midfielders. Football pundits and fans also call him as a football magician. He has excellent dribbling and shooting skills even at the one vs one situation against the opposition goalkeeper. Iniesta is also very good at shooting from a long distance. He has several awards in his career playing for both Barcelona and Vissel Kobe.

The Euro and world cup winner has excelled at midfield and the attacking position. Andres Iniesta has good passing, crossing, and shooting abilities, making him an all-round footballer. Andres has played as Central midfielder, central attacking midfield, Left-wing, and Right-wing, in his career in professional football. Iniesta is also famous as an excellent free-kick takers in football.