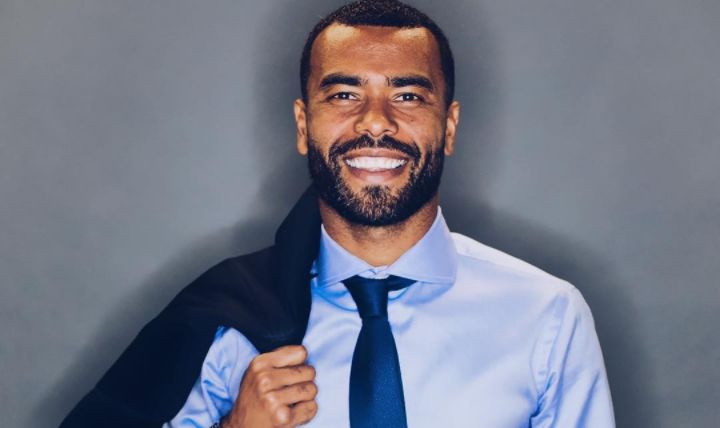 The former UEFA champions’ league winner professional football player Ashley Cole is one of the best-attacking fullbacks in modern Football. He played for many elite clubs like Arsenal, Chelsea, and AS Roma in his football career. Footballer Cole is a very versatile player who can play excellently at left-back (usual position) as well as right-back position.

He is also nicknamed “Cashley” among football fans. English international Cole is very good at intercepting the opponent’s pass and crossing the ball to the forwards. He has also sometimes played as a left midfielder, right back, and mostly as a left-back position in his career.

Footballer Cole was born on 20th December 1980 in Stepney, England, and his full name is Ashley Cole. English international Cole has played for his national team for a long time, earning his 107 Caps before retiring in 2014. He has won many major trophies, including a UEFA champions’ league and English premier league title in his career.

Footballer Cole is widely regarded as one of the finest defenders of the game due to his intelligence, leadership quality, and versatility during the game. This biography on football star Ashley Cole covers some of the important moments from his early life till Date.

English International Ashley Cole was born to father Ron Allender and mother Sue Cole, who is a housewife. His father left him and his mother when he was a small kid. Thus his mother worked hard to support her son. So, he did not have an easy childhood while growing up.

Still, today he is not in a very good relationship with his father, who lives in Australia. Cole also has a brother whose name is Matthew Cole. According to his mom, he would often play in the ground and his backyard with his friends during his early childhood.

The talented child was soon recruited in the youth team of Arsenal football club, and an early 2006, he joined the rival English team Chelsea where he achieved immense success in his football career.

Cole played with number 3 on his jersey during his days at Arsenal, who wore the number 3 at Chelsea. Likewise, he used Cole as his name in his club as well as his national team kit. Starting as a left-back in his early days, he has excelled at many positions in the heart of the defense.

English international Ashley Cole was born on 20th December 1980, which makes him 40 years old now. He follows Christian as the religion, and his Zodiac (horoscope) sign is Sagittarius. As per his mother, he was always playing football with the children in their neighborhood. Delighted by his talent, he was recruited in the youth academy of Arsenal football club, where he started his football career. Since then, he has been playing at a high level, making him one of the best players in modern Football.

Cole has an athletic body and, he stands 5.9 inches tall. He has evenly matched weight for a professional footballer, as he weighs around 145 lbs (66 kilograms) at normal. He has dark brown colored eyes and completely black hair. Even at the age of 40, he dedicates himself to exercises and gym, which makes him one of the remarkable people in this sport. He is very professional and takes very care of his body, training, and diet. He has a chest span of 36 inches and a waist of 32 inches. Likewise, his athletic biceps measure 12 inches. Likewise, he uses a shoe size of 10 (US).

The UEFA champions’ league winner, English international, is believed to be worth around 40 million dollars to date. He has played for many elite clubs like Arsenal, Chelsea, and AS Roma, so a major part of his earnings constitute Football Club salary and additional bonuses, endorsement, and sponsorship deals. Cole played with his national team for 13 years and made 107 appearances after his debut in 2009. He also earned a significant amount of salary from his national football team.

He was receiving around 60k dollars per week at Arsenal but was offered around 100k dollars by Chelsea to join them. HE was exchanged with a player and a 6.5 million dollar fee that saw him seal his move to Rival club Chelsea where he earned salary and bonuses according to his performances. This amount makes him one of the highest-paid defenders in modern Football. Cole is also a fashion fan and owns multiple extraordinary and expensive cars in his collection.

The UEFA champions’ league winner Cole follows Christian religion and his Zodiac sign is Sagittarius. He was previously married to a professional singer Cheryl Tweedy before the couple divorced in 2010. As per Cheryl, he was also involved in a relationship with other women apart from her. Later on, Cole started dating an Italian model whose name was Sharon.

The couple even has two beautiful children together. They have a son whose name is Jaxon Cole and a daughter whose name is Grace Cole. The couple seems to be living happily until today. Cole himself is a Fashion fan. He has a huge following on Instagram, Facebook, and Twitter.

Ashley Cole is one of the intelligent and versatile Footballs having beautiful trophy collections throughout his career. He was very crucial to the Arsenal team that remained undefeated the whole season before moving to Chelsea football club. His unique style and versatility make him one of the best defenders in Football. The UEFA champions’ league winner has excelled at the defending position mainly as a fullback. He has good passing, crossing, defending, and intercepting skills making him an all-around footballer. He has played as a left midfielder, right back, and mostly as a left-back position in his football career with different clubs. English international Ashley Cole has played for his national team for a long time, earning his 107 Caps before retiring in 2014. He is famous as an excellent crosser and tackler in Football.

English international Cole is also quite active on social media like Facebook, Instagram, and Twitter. He keeps updating the fans about the matches and his announcements. He posts pictures of his vacations in different places, family, and his teammates, earning him huge fan followings around the world.