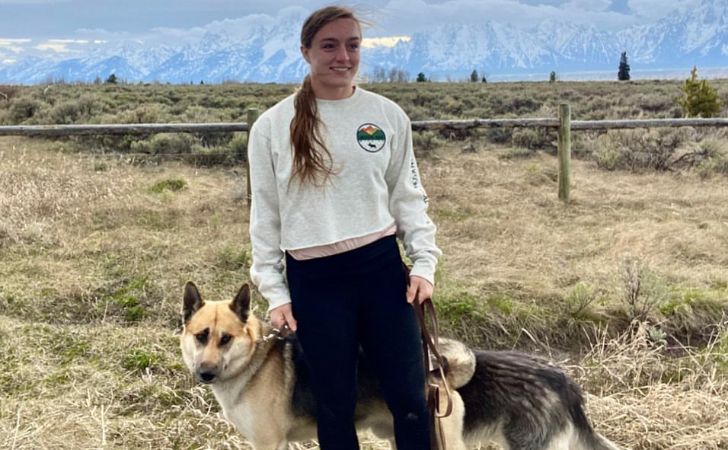 Aspen Ladd is an American professional MMA Fighter who currently competes in the Bantamweight division of the Ultimate Fighting Championship. She is ranked seventh on UFC Women’s bantamweight rankings and a fifteenth on UFC women’s pound for pound rankings.

On April 9, 2022, Ladd fought Raquel Pennington at UFC 273. Ladd lost the Fight via unanimous decision. This was her most recent Fight. Ladd has 6 wins by knockout, 1 win by request, and 2 wins by a decision in her ongoing professional MMA career.

So, if you like Aspen Ladd and want to learn more about her, please read the article below. As a result, let us get started right away with quick facts.

Aspen Ladd was born on 1st March 1995 in Folsom, California, Unites States. She grew up with five siblings and she is the oldest among all. Her younger brother Shaylor Ladd is also a mixed martial artist.

Her mother’s name is Kimberly Ladd and her father’s information is not available at the moment and will be updated as soon as possible.

She was so focused on her MMA career that she terminated her studies. Previously she danced ballet and run long distances. However, at the age of 14, she began training in martial arts and at the age of 18, she made her amateur debut. Before her professional career, she had an amateur record of 8-1.

There is not much information about her education at the moment. However, some reports suggested that she was homeschooled in her childhood. After that, she attended Folsom Lake College but stopped her studies to focus on MMA.

More information about her education will be updated as soon as possible.

Ladd’s body measurements and shoe size are under review and will be updated as soon as possible. Ladd’s hair and eyes are dark browns. Ladd’s zodiac sign is Pisces.

On October 21, 2017, at UFC Fight Night: Cowboy vs. Till, Ladd made her debut against Lina Länsberg. Ladd won the Fight via technical knockout in the second round.

This women’s bantamweight bout was set for UFC Fight Night: de Randamie vs Ladd on July 13, 2019, at the Golden 1 Center in Sacramento, California. This was an important fight for both as the winner will increase their chance for the title shot. Ladd lost the Fight via technical knockout in 16 seconds of round 1.

Ladd faced Kunitskaya in a bantamweight bout at UFC on ESPN: Overeem vs. Rozenstruik on December 7. The Fight was set for three rounds and Ladd won the Fight via technical knockout in 3rd round.

On October 16, 2021, at the UFC Apex facility in Enterprise, Nevada, UFC Fight Night: Ladd vs. Dumont event was held.

This was Ladd’s second main event in the UFC. Unfortunately, she lost the fight via unanimous decision.

On April 9, 2022, Ladd was set to fight Irene Aldana at UFC 273. However, Aldana pulled out from the Fight and Raquel Pennington replaced her due to injury. Ladd lost the Fight via unanimous decision. This was her most recent Fight.

Who is Aspen Ladd Boyfriend?

Ladd is not married at the moment. However, she is in a relationship with her head coach Jim West. He is also head coach at MMA GOLD, an MMA professional fight team based in El Dorado Hills, California. He is a Brazilian jiu-jitsu black belt and a former professional athlete.

They have been together since Ladd made her debut in the UFC.  Some reports suggested that Ladd was at least in one relationship before Jim West. These are the available information about Ladd’s private life and more will be updated as soon as possible.

Her base salary is around $60,000. After bonuses and sponsorships, she earns about $50,000-$100,000 a fight. Ladd makes most of her money not just from fighting in the Octagon, but also through lucrative sponsorship deals and advertisements.