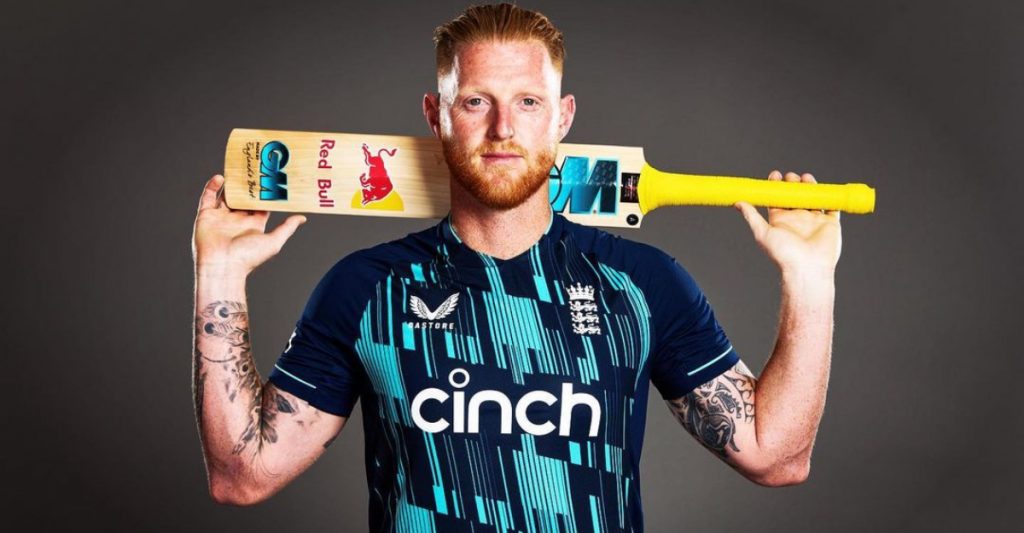 Even though cricket had started in England, they had never won the silverware until 2019. It was the new hero that emerged in Ben Stokes who was able to cut through the opposition. Meanwhile, Ben Stokes retires from ODI cricket in the wake of poor series against India.

The reason for the retirement has not come out all guns blazing but it is the case.

Stokes has been one of the finest all-rounders from the game who has served the England cricket team. He has done a magnificent job with the performance and also did a brilliant captaincy job in the absence of Eoin Morgan.

He has been the true fighter who has shown the way a lot of times let alone in the global tournaments when the team needed him.

England is bound to play a series against South Africa starting from the 19th of July, 2022. If we believe what’s in store, this particular series might be the last we will see of Ben Stokes in the 50-over format.

A cricketer who can achieve much more from his game in 50 over format is hanging up the boots which is a very big issue to address.

Well, this can be controversial to talk about when we see the reason to retire. For a cricketer, retirement is a very personal feat.

There is hardly any saying of the cricket board or other fellow cricketers in this aspect who want to stop the player. As Ben Stokes retires from ODI cricket we would try and decipher why he has left the ODI game in the middle.

When you are a fighter in cricket things tend to get tough. Looking at what Ben Stokes brought to the game, one can say that he is a true ambassador of the game. But with bowling, batting, and excellent fielding, Stokes was also laced with too many injuries.

To the cricket fans who aren’t aware of the injuries, Stokes has recently suffered from a finger injury that took almost six months to heal. Other injuries include lower back injuries, fractures, and many more. Being a fast bowling allrounder things can be tough and the body tends to give up.

When Stokes was chosen as the skipper of the test side, a lot of the pundits guessed that he will leave one of the formats. The guess was through to T20 cricket. But Ben Stokes retires from ODI cricket which tends to leave a very big hole in the English team.

Not only with the bat or with the ball, but Stokes was also more of the team man. Getting the team higher to motivation and helping them to win big matches is what Stokes did. More than that what he brought to the cricket field had much more to do.

As he is the skipper of the side in test cricket and the English team values test cricket more, Stokes retires from ODI cricket to get things right. He will have the added pressure of leading in test cricket which might have brought him the concise to choose retirement.

Being an international cricketer is never an easy task. It tends to demand a lot from you and your body which is very understandable. This throws in the fact that Stokes has given up. When Stokes plays all three formats of the game he tends to be far from home.

More than that Stokes has lost his dad recently which could have created the thought of being close to his mother. What adds to the dismay is the fact that he has been fighting mental health issues for a very long time.

All of this must have contributed to Stokes giving up his interest in ODI cricket. With more focus on a handful of formats, you can say that the test cricket of the England team could prosper higher.

When you look at Ben Stokes the player, it is not about the records or the match he won, it is more about what he brought to the game. As Ben Stokes retires from the ODI game with the social media post, we get to see his ODI legacy.

The left-hander has been the pinpoint of the England ODI revolution. Being able to bash the bowlers in the middle overs and also play the waiting game is the key for the man. He was the mainstay of the English team in the world cup of 2019 all with the bat, ball, and also in the field.

Talking about records he has made in the world cup of 2019, Stokes had a total of 11 matches under his belt. From those games, the allrounder had 465 runs with an average of 66.42. What’s more, to like is the strike rate of 93.18 which doesn’t come easy at all.

With the ball, Stokes also took seven wickets in the 11 matches played and saved some crucial runs on the field. One can say that he has been the man to look for. Such a proven performer of the game, Stokes was able to make an impact for the team in winning the silverware.

His overall ODI record isn’t too bad as well. Stokes made his debut in ODI cricket in 2011 and since then he didn’t look back.

By the time he played his penultimate ODI game, Stokes had 2919 runs with an average of 39.44. With the ball, he also contributed 74 wickets to the team and one five-wicket haul in the mix.