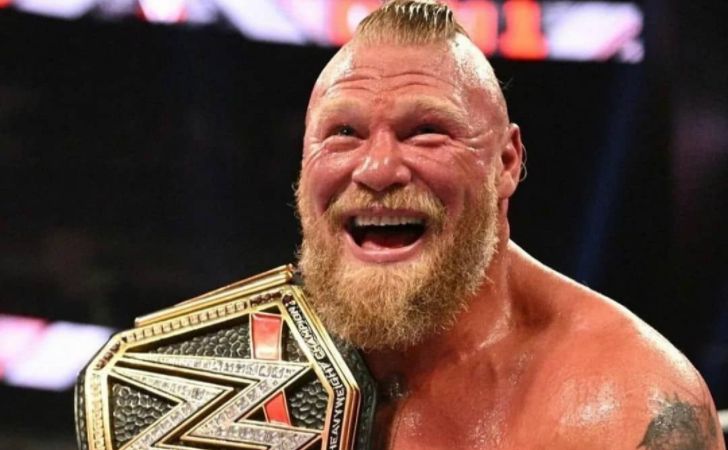 Brock Lesnar is a very famous name in the whole world, and there are a lot of memories in our hearts and minds about Lesnar especially, if you are a 90’s youngster. He has entertained all the WWE fans around the world, and the craze of WWE went on next level when he was brought to the wrestling game.

Wrestler Lesner is the only player who has won all championships in wrestling. For example, he is eight times World champion in WWE and one-time world champion in NJPW & IGF.

Similarly, one-time heavyweight champion in UFC and one-time champion in the NCAA wrestling. Brock Lesnar is an American-Canadian professional Wrestler with many varieties of careers like UFC, Actor, Footballer(NFL), and many more. Brock was signed in WWE in 2000 while the recruiting team spotted him performing at the Bismarck state college and later on the University of Minnesota.

He has defeated many superstars in WWE like John Cena, Big Show, The Undertaker, Kurt angel, Chris Benoit, and many more in his professional career.

Brock Edward Lesnar is an American professional wrestler, MMA fighter, and footballer. On July 12, 1977, he was born to parents Richard Lesnar (Father) and Stephanie Lesnar (Mother).

Brock was born in Webster, South Dakota, in the United States of America and grew up with his 3 siblings two brothers and one sister. His brothers are Troy Lesnar and Chad Lesnar, older than Brock, and a younger sister, Brandi Lesnar. Lesnar grew up with his parents on their dairy farm in Webster. Brock also worked for Army National Guard at the age of 17 but later he failed the computer typing test and later worked in a construction company.

Wrestler Lesnar is a very strong and muscular man with a height of 6 feet 1 inch and body measurement of Chest-53 inches, Waist- 38 inches, biceps- 21 inches, and weight around 130 kg.

Brock Lesnar is a massive monster with these kinds of body structures and his shoe size in US-15; accordingly, his hair color is blonde, and his eye color is blue. To complement his massive body, he has got many tattoos on his front body, arms, and a big monster tattoo on his back of the body. He used to carry two cylinders of 34 kg each in both hands and used to walk on staircases 15 times to get a strong grip and powerful shoulder and leg.

Brock Lesson has a range of career and attractive net worth and financial stability, he has a net worth of $28 million and he earns a salary of $12 million. Lesnar spends on luxury houses, cars, and many more things and lives a happy life with his family.

Who is Brock Lesnar Wife?

Brock Lesnar’s wife is Rena Mero Sable, and his ex-fiance was Nicole McClain. He is married to the WWE Diva Rena since 2006, and he has 2 sons with her Turk Lesnar and Duke Lesnar, they all live in a farmhouse.

Wrestler Brock also has one daughter and one son from his ex-fiancé and they are Luke Lesnar and Mya Lesnar. Brock Lesnar doesn’t like his personal life to be flashy in the media world, so he put the family in low-key.

Not only Brock Lesnar is famous and has had a different career his craze in the people is still unbelievable, and there are a lot of video games focused on Brock Lesner which people around the globe liked very much and they are:

Where did Brock Lesnar study?

How many children does Brock Lesnar have?

Does Brock Lesnar have Colour Blindness?

What disease does Brock Lesnar have?

He has a disease called diverticulitis.