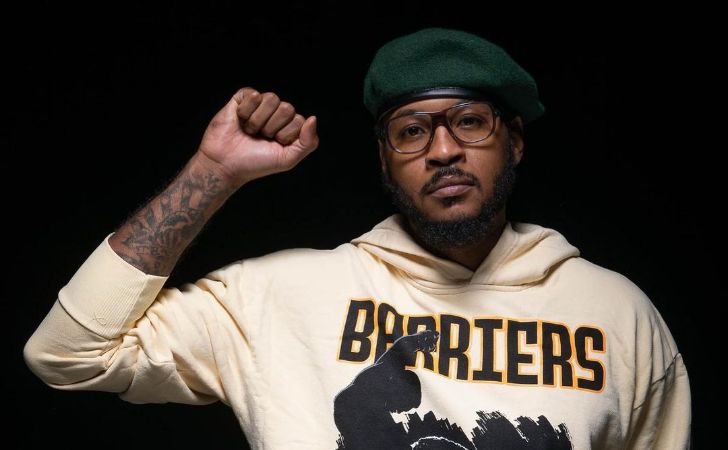 Well renowned with the nickname “Melo”, Carmelo Anthony is one of the NBA’s most prolific scorers who currently plays as a power forward or small forward position for the Los Angeles Lakers. Carmelo Anthony has played for many NBA teams in his professional career, like Denver Nuggets, New York Knicks, and the Houston Rockets. Anthony is considered one of the greatest basketball players playing for the Los Angeles Lakers, the National Basketball Association (NBA). Anthony has established himself as one of the best in his position after his selection through the third overall pick of the NBA draft in 2003.

The 3-time Olympics gold medalist has had several honors and achievements during his career, like being listed in NBA All-Star 10 times. Carmelo Anthony is very good at the attack rebounds making him one of the pillars for every NBA team he has played. He is considered one of the best in the sport due to his intelligence, vision, and shooting skills during the game. This biography on NBA star Carmelo Anthony covers some important moments from his early life to date.

Carmelo Anthony was born in Brooklyn, United States of America, to the parents Carmelo Iriarte and Mary Anthony. Anthony had a rough childhood as he grew up in a drug-affected neighborhood and his three siblings. His father died when he was just the age of two, so his mom often worked as a housemaid to support her children.

However, his mother raised him well, even during their hard days. During his high school days, his fine performance earned him player of the year awarded by the Baltimore Sun. This was when he started playing basketball at the highest level leading to what he still holds a beautiful career.

When he attended Syracuse University and joined their basketball team, they even won their first National championship. He uses Anthony as his name and number 07 on his Jersey. Carmelo Anthony has two brothers named Wilford Anthony and Robert Anthony, apart from him. Likewise, he has two sisters named Daphne Anthony and Michelle Anthony (recently passed away).

The 3-time Olympics gold medalist American Basketball player was born on 29th May 1984, making him 37 years old. (As of April 2022) He is an American International born in Brooklyn, New York, USA. He follows Hoodieism religion, and his Zodiac sign is Gemini. As per his parents, he fell in love with basketball from his early childhood. As for his educational background, he has completed his high school at Syracuse University, USA.

He is a big shot player with massive height, standing at 6.7 feet. Anthony has evenly matched weight for his body, as he weighs around 238 pounds (108 kilograms) at normal. He has completely Dark Brown eyes and Dark Brown hair. Carmelo is very professional and takes very care of his body, training, and diet.

He has a chest span of 48 inches and a waist of 35 inches. Likewise, his athletic biceps measure 16 inches, and wears a shoe size of 15 (US).

Carmelo Anthony Net worth and Salary

Anthony is famous for a living party like lifestyle, but he also has an estimated 160 million dollars, making him one of the richest NBA players in 2022. He has earned playing for six different professional clubs till now. His primary source of income is salary as a player and other various endorsements. Multiple reports suggest that he earns around 25 million dollars in salary and 8 million dollars in merchandise alone. Carmelo Anthony also owns many properties around the United States.

He also paid approximately 12 million for a spacious building in Denver, which he later sold. He is also believed to be a proud owner of a million dollars’ worth of bungalow in New York. Similarly, he also has many finest cars in his collection. Some of those extraordinary cars are Range Rover, Maserati, and Corvette Stingray in his collection.

Who is Carmelo Anthony wife?

Carmelo was divorced in 2021, having been separated from his ex-wife Alani Nicole “La La” Anthony. The couple got engaged in 2014, and 3 years later, a baby boy was born. His name is Kiyan Carmelo Anthony, and he is 14 years old.

Carmelo has an athletic body and being a professional basketball player, and he spends his significant time in the gym and training. He takes very care of his body, exercise, and diet, making him one of the remarkable professionals in this sport.

American international Carmelo Anthony is one of the generational talents in basketball sport. The 3-time Olympics gold medalist is one of the finest players the NBA has ever seen. His unique style and fine handling skills had caught many people’s eyes even when he was a kid. After the fine and dominating display over the opponents in his high school basketball games, Anthony rose to a prominence basketball player.

He plays as the power forward or small forward position during the game. Anthony plays excellently even at other positions. He has excellent offensive and defensive qualities, making him one of the most versatile basketball players. Anthony is considered one of the best players to have ever played for the Los Angeles Lakers.

Carmelo Anthony is very active on the social media .He keeps updating the fans about the matches and his announcements. Anthony posts pictures of his vacations in different places, family, and cars earning him huge fan followings worldwide.