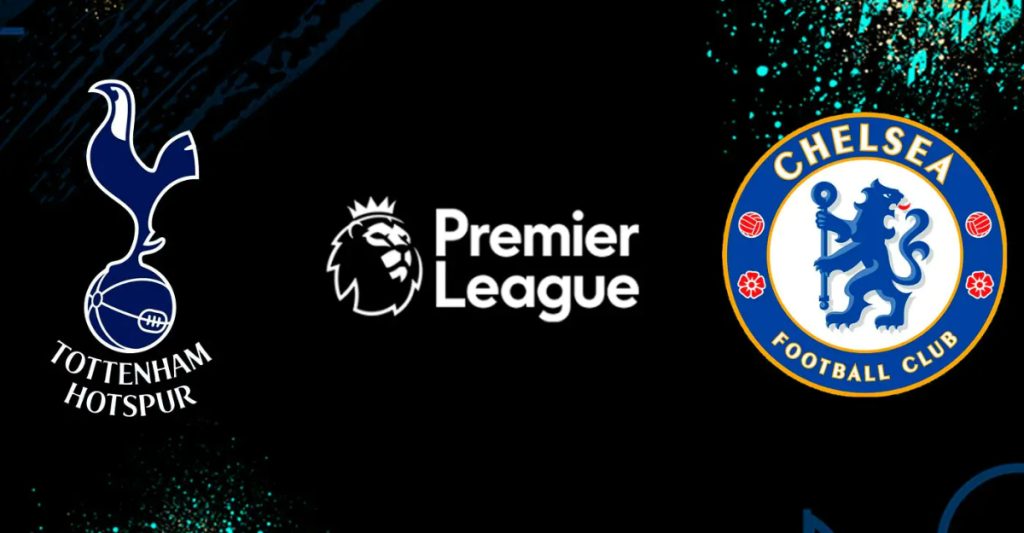 The first round of the English Premier League fixtures concluded recently. However, some of the team’s performances surprised us but some of them were the same as they were in the previous season.

Besides that, round 2 will begin on 13th August, 2022. Similarly, the most intriguing encounter in round 2 will have to be Chelsea vs. Tottenham Hotspur.

Tottenham will face Chelsea on 14th August, 2022 (Sunday) at Stamford Bridge. However, Tottenham has terribly failed to score a single goal against Chelsea in the last 4 games. So, can Tottenham win this time? who has more chances to win the match?

Since 2011, Chelsea has played 31 matches against Tottenham Hotspur in which Chelsea won 18 matches and currently dominating the results.

On the other hand, Tottenham has won only 6 games against Chelsea excluding club friendlies matches. Likewise, in 31 matches 7 matches were a tie between them.

Furthermore, if we look at their past 5 games Chelsea has won four matches against Tottenham while one game got drawn. Not only that but Tottenham has only scored two goals in those matches.

Moving further, in their last 5 recent matches, Chelsea has won only 3 games and lost 2. However, Hotspur has also won 3 games, tied 1, and lost 1.

Read more: What is Fantasy Premier League? (For Beginners) >>

On Saturday, August 6, the Blues hosted Everton in their season opener. Following that, Thomas Tuchel’s side earned their first win of the season with a 1-0 triumph over Everton.

Meanwhile, Tottenham started their 22/23 season with a massive 4-1 victory over Southampton at home.

Players to watch out

Some of the players were in great form during the 21/22 season and they can be a great threat to their opponent. These players are as follows:

Son Heung-min, the joint Premier League Golden Boot champion, must be considered a major threat. Further, Son has had an impressive run, scoring 23 Premier League goals, none of which were penalties during the 21/22 season.

Similarly, he looks to genuinely enjoy performing for the side and is admired by the team’s supporters. He will be 30 this summer but instead seems to be improving all the time.

Furthermore, he has registered 2.2 shots and 1.4 dribbles while completing 86.5 percent of his intended crosses. This demonstrates his standard of football.

Raheem recently joined Chelsea after having a great season with Manchester City.

Further, the England ace has scored 13 league goals and claimed six assists in the previous premier league season. Likewise, the player has 17 goals in all competitions and has provided nine assists.

His offensive numbers show that his efforts have been outstanding since his stats are much higher than that of the league standard.

Additionally, Raheem consistently scores in terms of the number of offensive acts tried per 90 minutes, and he has also completed 43 percent of his offensive activities.

He has 6.78 touches per 90 minutes inside the opponent’s penalty area and has accomplished 66.2 percent of his dribbles.

The English attacker finished the last campaign with 21 goals and 9 assists in 45 games for the Spurs.

Further, Kane is also a prolific goal scorer who has recently improved his technique to go wide. Nonetheless, Conte has put his capabilities into excellent use within his starting XI this campaign, and Tottenham fans can expect him to lead them to victory.

In addition, he has been one of the greatest productive players at Tottenham Hotspur.

It is his third campaign with the Chelsea senior team, and he has cemented himself as an important component of the squad.

Furthermore, Mason’s performance at Stamford Bridge grew by leaps and bounds. For the second season straight, he has indeed been elected the club’s Player of the Year by the fans.

Mason Mount had the most involvement Premier League goals in the previous campaign from any English player which is 11 goals and 10 assists.

Furthermore, he is also the first Chelsea player after Eden Hazard in 2018/19 to be involved directly in 20 or even more goals in all competitions (16 goals, 15 assists).

In terms of players, both teams are very strong, but it also depends upon the tactics and formation their managers will deploy.