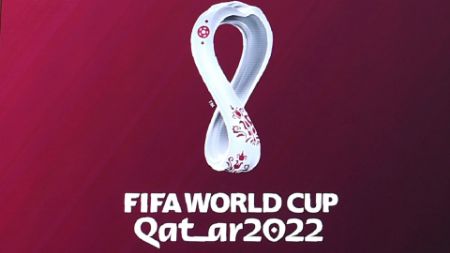 From around the globe, expectant football fans are looking forward to the most awaited sports event, FIFA World Cup 2022. FIFA World cup 2022 Football stadiums will host some exuberant matches for the fans.

Qatar will host this year’s FIFA World Cup 2022, with kickoffs among 32 teams that will be played across eight stadiums. FIFA World Cup 2022 will start from late- November to mid-December, not scheduled in June or July due to Qatar’s extremely scorching heat in summer.

This time World Cup 2022 Football Stadiums include eight stadiums where FIFA World Cup 2022 is going to be held where fans can enjoy the most anticipated sports of all time and at the same time be amused by the remarkable designs of ultramodernity.

Al Rayyan’s iconic stadium, The Khalifa International Stadium, is the most historic stadium built-in 1976 among other stadiums, which were only built after the decision of FIFA to host its FIFA World Cup 2022 in Qatar.

Big anticipated sports events like Asian Games, the Arabian Gulf Cup, and the AFC Asian Cup were hosted in this well-built venue, which was later renovated in 2017.

This stadium is located at the center among all the venues, making it the most notable football venue of all.

This stadium is redeveloped to increase its capacity making it 45,000 with necessary appliances like in-built cooling systems to maintain the soaring heat within the stadium.

ALL FIFA World Cup 2022 Matches at The Khalifa International Stadium

8 total matches will be played at The Khalifa International Stadium including 6 group stage matches, 1 round of 16 and 1 match for third-place as per the Arabia Standard Time.

GAMES: Eight, including the opening match

Al Bayt Stadium is built like the historic tents, bayt al sha’ar, used by the nomadic people of Qatar. This unique design resembles the tent-like structure’s culture and tradition, which helps the stadium maintain the temperature, giving it a mixture of modernity and traditional vibe. The very first game of FIFA World Cup 2022 will be held there, which will play a big hand in more advertisement of the FIFA World Cup 2022. World cup 2022 Football stadiums will host some exuberant matches for the fans.

This stadium is located in Al Khor city, 35 km north of Doha, widely famous for pearl diving and fishing.  This stadium is also the furthest stadium from Doha but only a 35-minute drive.

The Al Bayt Stadium is the embodiment of modern engineering, preserving the traditional culture of Qatar. This opening venue for FIFA World Cup 2022 will be a magnificent sight for any football fan with a massive capacity for more than 60,000 spectators. Similarly, the upper tier of this massive portable structure withholds 12,000 capacity. It will be gifted to other nations as a sports infrastructure, which will certainly encourage the cultural love of football in other nations. The estimated cost for this unique infrastructure is around $800 million significantly being the main highlighting factor among people for this compelling design. With this on mind this venue will certainly keep up with the hype for a long time.

9 total matches will be played at Al Bayt Stadium including 6 group stage matches, 1 round of 16 match, 1 match for quarter-finals and 1 match for semi-finals as per the Arabia Standard Time.

GAMES: 10(With the final match)

This flagship stadium, located just 15 km north of Doha, is The Lusail Stadium with the largest capacity of all other stadiums with the whopping 86,000 seats, is truly a hype- building site to see this year.

In addition to that, the crucial game of the FIFA World Cup 2022, the final will be kicked-off here. In design’s perspective, this stadium represents the bowls and vessels like structure which historically represents the Arabian culture that holds a recognition to the history of Arab.

Among the most tourist attraction city of Qatar, Al Rayyan truly holds it name and located at the middle, the Ahmad Bin Ali Stadium’s unique design portraits the architecture and handicrafts of Islam.

This venue is also an important site for the kickoff of FIFA World Cup 2022 with over 40,000 seats, this stadium is just 20 km west of Doha. FIFA World cup 2022 Football stadiums will host some exuberant matches for the fans.

Stadium 974 previously known as Ras Abu Aboud Stadium is one of the playing sites for FIFA World Cup 2022. As the name suggests, this stadium is built using 974 shipping containers, and in addition to that, this stadium is a remarkable piece of art by Qatar 2022 standards.

Located in Doha, this stadium has a capacity of over 40,000 seats hosting 7 games for the FIFA World Cup 2022.

After the FIFA World Cup is over ,this stadium is set to be dismantled in pieces for using it in other purposes like waterfront development.

In this Education City Stadium, 7 games will be kicked-off and after the FIFA World Cup 2022 is finished , 20000 seats will be removed and donated to other housing and sports events all around the country.

The total of 8 games will be held at the Al Thumama Stadium with over 40,000 seats for fans to enjoy the marvelous view and the outstanding

One of the eight venue for the FIFA World Cup 2022 is the Al Janoub Stadium not to forget one of the profound design resembling the historical fishing, pearl diving and traditional dhow boats.

Located at the oldest inhabitated areas of south of Doha, this stadium has more than 40000 seats for the spectators to watch the game. A total of 7 FIFA World Cup games will be played at Al Janoub with one round of 16, and shortly after the FIFA World Cup, the seats will be reduced to 20000. FIFA World cup 2022 Football stadiums will host some exuberant matches for the fans.

Follow us and get the latest news delivered to your timeline!
Previous ArticleGavi Bio, Age, Family, Net Worth, Salary, FIFA 22Next ArticleErick Gutierrez Bio, Age, Wife, Net Worth, FIFA 22, Ig