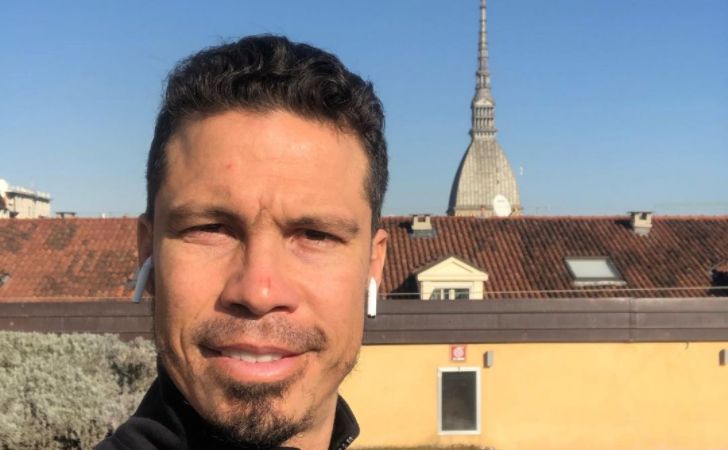 But he is also very well suited at the central midfield and central attacking midfield position. Hernanes has played with his national football team for a long time after making his international football debut back in 2008. Footballer Hernanes has won many major trophies like the Italian league title and the Italian Cup playing for different football clubs. Hernanes is widely regarded as one of the overall midfielders in this sports due to the combination of his attacking and defending attributes in the match. This biography on Brazilian midfielder, Hernanes covers some of the important moments from his early life.

Former Inter Milan midfielder Hernanes was born to their father Joao Cosme de Lima and mother, Maria de Carvalho. Both his father and mother are the natives of Brazil. He was born in a middle-class family in Brazil called Recife. Hernanes also has two siblings in his family, Alyson Lima, and Aerson Lima. We do not have any information about their profession and age. We will update the information soon. Hernanes had full stamina to run on the pitch and intercept the opponent’s long passes during his amateur football playing days.

He played with the Santa Cruz football club for two seasons in his initial playing days. He was brilliant with passing and defending the ball while he was in the football academy. This attracted interest from many Brazilian and European football clubs while he was still young. But, he preferred to spend his youth Career with the Brazilian football club Sao Poalo. He played with number 8 on his jersey during his early playing days at the Lazio, who currently wears same number 8 on his jersey at Sports Recife football club. The Brazilian midfielder uses Hernanes as his name in his club and his national team kit.

Italian league title winner Brazilian midfielder was born on 29th May 1985, making him 36 years old. (As per 2021) He follows Christian as the religion and his Zodiac (horoscope) sign is Gemini. Hernanes is also nicknamed “The Prophet” by his fans worldwide. The Brazilian usually keeps short hair and has fair skin color. The Brazilian midfielder is right-footed even though he passes and shoots well with his weaker left foot.

Hernanes has an athletic body and he stands 5.11 feet tall. This footballer has evenly matched weight for a professional footballer, as he weighs around 165 pounds (75 kilograms) at normal. He has dark brown color eyes and black colour hair. Hernanes is very professional and takes very care of his body and physical training even though he has passed his thirties now. Currently, we do not have any information about his body measurement. We will try to update the information.

Footballer Hernanes has made 27 appearances for his national football team after his debut in 2017. Hernanes was making around 1 million dollars in salary while playing in the Chinese Superleague. This footballer has also earned a significant salary playing for his national team. We do not have any information about his car collection, real estate, and other properties. We will try to update the information soon.

The Brazilian midfielder is quite taller and has a balanced weight for a professional athlete. He is one of the three children (One brother and a sister) born to his parents. He is a married man and his wife’s name is Erica Viana Lima. But we do not have any information about her age and her profession. We will update the information soon. The couple fell in love with each other while Rodrigo was still playing for Juventus football club.

The lovely couple is also parents to four children. They have two sons together, Massimo Lima and Ezequiel Lima, and two daughters, Angelica Lima and Lucia Lima. Hernanes takes very care of his body, training, and diet, making him one of the remarkable professionals in this sport.

Hernanes is one of the versatile midfielders capable of playing at different positions. He can play even as right and left midfielder at the time of need. His visionary passes, dribbling qualities, and ball intercepting ability make him one of the overall midfielders in football. Although he is a midfielder, he has excellent dribbling skills. At Juventus, he was usually deployed at the midfield rather than as the winger.

The Brazilian midfielder has won several major trophies like the Italian Cup and Italian league title Serie A in his career playing many big football clubs. In his professional football career, he has played mostly as a central midfielder and sometimes as a central defensive midfielder. He is well renowned for his long passing and excellent interceptions while defending the counterattacks.

Hernanes is also quite active on social media like Instagram and Twitter. He posts pictures of his vacations in different places, family, and his teammates, earning him huge fan followings worldwide. He uploads pictures with his children and teammates on his social media.