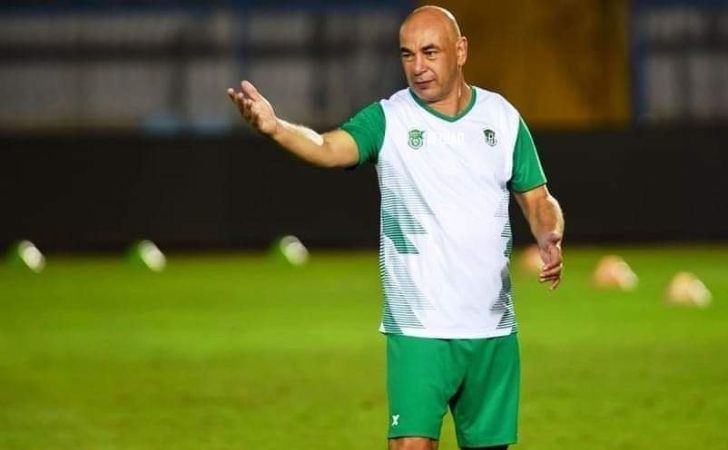 Former footballer Hossam Hassan is considered one of the legendary striker players to ever play in the Egyptian football league. Hossam is currently the third football player globally with the most international appearances for his country. Footballer Hassan has played for his national team for more than 20 years after making his debut back in 1985. In his professional football career, Hossam has played for many football clubs like Al Ahly sporting club, POAK football club, and Zamalek sporting club.

The Egyptian striker played brilliantly as the winger, but mainly as his team’s central forward and striker. Hassan has scored 68 international goals for his national team until now and assisted his teammates in many matches. Hossam Hassan is currently the 20th highest all-time international goal scorer. Footballer Hosasm has been rewarded with honors in his playing days, like being the Africa Cup of the nation’s top scorer and Egyptian premier league top scorer. This biography on retired Egyptian football player Hossam Hassan covers important moments from his early life to date.

Former Egyptian international footballer Hossam Hassan was born in a middle-class family in Egypt called Helwan. We currently do not have any information about his parents and their profession. We will update the information soon. Hassan also has a twin brother whose name is Ibrahim Hassan. Showing good football skills early, Hassan grew up playing football with his friends and his brother Ibrahim. The Egyptian striker amazes everyone with his shooting skills and long passes.

This hardworking, talented child was soon recruited in the ranks of the Al Ahly football club, where he featured for the youth team in his initial year. Hossam Hassan even made his first-team debut when he was still a teenager. Likewise, he used Hassan as his name in his club and his national team kit during his football career.

The Africa Cup of the nation’s trophy winner Egyptian striker was born on 10-08-1966, making him 55 years old. Hossam follows Islam as the religion, and his Zodiac (horoscope) sign is Leo. Hassan started playing football in the playground of his birthplace, where he impressed the scouts of his hometown football club. Since then, footballer Hassan has been playing at a high level, making him one of the greatest football players in the Egyptian national football team.

Hassan measures 5.10 feet tall and has an athletic build from his football days. He weighs roughly 172 pounds (78 kilograms) on average, which is a good weight for a professional athlete. The Egyptian manager’s eyes and hair are both blacks in tone. Even at 55, he is a consummate professional who takes great care of his physique, training, and food. Hassan wears a 10-inch shoe size (US). We don’t have any information regarding his physical measurements right now. We will update the announcement as soon as possible.

Hossam Hassan Salary and Net Worth

As a result, during his playing days, he earned a substantial portion of his present net worth through football club salaries, supplementary incentives, endorsements, and sponsorship deals. Hassan has also made 176 appearances for the Egyptian national football team after making his international football debut in 1985. Footballer Hossan earned a significant salary playing for his national team in his old playing days. He is one of the wealthiest players and managers in Egyptian football history with this sum. We also don’t know anything about his automobile collection, houses, investments, or other sources of money at this time. We at playersaga will provide an update as soon as possible.

Who is Hossam Hassan Wife?

Egyptian legendary striker Hassan Hossam is a Muslim by religion and he usually keeps short hair. He has black color hair and fair skin. At this time, we have no information regarding his wife. Furthermore, we do not have any information on his children. We will update the information as soon as possible.

Hassan Hossam is one of the iconic strikers to ever play in the Egyptian football league. His shooting and finishing qualities made him one of the best attackers in his old playing days. Hassan was very excellent around the tight spaces in the match.

In his prime playing days, Hassan was unstoppable as he had brilliant first touch and dribbling skills.

Legendary Egyptian striker Hossam Hassan is currently retired from professional football. Footballer Hassan is no longer playing for any club or nation, hence Hossam does not have a FIFA 22 player rating. FIFA may, however, issue a premier icon card for the iconic footballer in the future, but we are unsure. Legendary footballers such as Gerd Muller and Pele have fantastic icon cards in the FIFA 22 game.