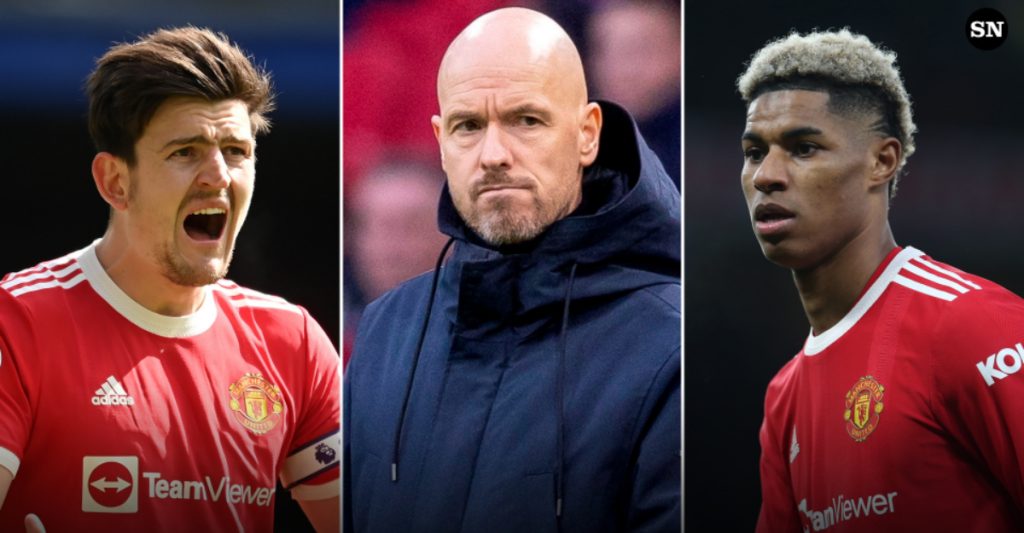 Rangnick was absolutely right regarding Manchester United needing “open-heart surgery” and possibly ten new players. After a miserable previous season, bringing in only three new players for this season is simply setting Ten Hag up for failure. Is Manchester United finished?

There isn’t a single piece of this team that works, including a keeper who can’t use his feet as well as an attacking line that lacks mobility. Manchester United last won a major trophy in 2017, and the club seems to be on its worst hiatus in four decades.

If things continue as they are, it will take decades to win another big championship.

Following the outcome of the first game of the new 2022-23 season, United has now lost two of its past four Premier League games. They lost to mid-table Brighton, with an aggregate score of 6-1. This summarizes Manchester United’s recent history.

Although after hiring a new manager, releasing nearly half of the squad, bringing in some fresh players, and having a successful pre-season, it appears nothing has really shifted at Old Trafford.

Manchester United may just be continuing the same path that they were on last season. This is surely not a good thing considering how very disastrous the 2021-22 season was for them.

The fact is that the current calamity at Old Trafford did not arise overnight. It has been building up over time, and we are finally seeing the full ramifications of some actions taken years ago. Everyone wants to know is Manchester United finished?

Manchester United has struggled to find a strong foothold since Sir Alex Ferguson’s retirement as a manager.  It has also been evidenced in the performance on the field over the last few years.

However, since Ferguson retired, united has changed 6 managers in the past 10 years.

Ferguson appointed David Moyes as manager even though he failed to win anything in his managerial career. It was, however, a terrible decision, and it appeared to be a ticket for catastrophe. However, Moyes’ only prize throughout his tenure with United was the 2013 FA Community Shield.

Following that, Louis Van Gaal was appointed as the new manager of Manchester United in May 2016. However, he has had some progress in command of the heavyweights. In the 2014/15 season, he led the Red Devils back to the UEFA Champions League, placing fourth in the table.

He was, however, unable to get the united up and running. Nonetheless, Van Gaal may take solace in the fact that they won the FA Cup in the 2015/16 season.

Following that, Jose Mourinho was chosen to supplant Van Gaal at the side in May 2016. Nonetheless, Mourinho performed much better than any manager since Ferguson.

He took his team to a treble-winning campaign, claiming the FA Community Shield, League Cup, as well as Europa League. However, after a string of poor results that saw them finish sixth in the 2018/19 season, the situation immediately unravels for the Portuguese outlier.

In March 2019, Ole Gunnar Solskjaer became the club’s full-time manager. He did not, however, win a single trophy during his 3 years with Manchester United. Therefore, he was fired, and his tenure ended abruptly.

Presently, Erik Ten hag has now stepped in, and he has been making the same blunders as most of the others.

They have spent ridiculous sums of money on players who have given them almost nothing in the last decades. Two significant players who spring to mind currently are Paul Pogba and even Harry Maguire.

United has had a larger net deficit than any other club in Europe over the last decade. The team has squandered a lot of money on pointless additions. The CEO once stated, “we have burnt through cash,” which is definitely true.

Likewise, all that terrible business is undoubtedly contributing to the club’s continued decline.

How can you assume consistently winning trophies if your players aren’t up to the task? However, one might argue that Cristiano Ronaldo’s re-signing was ill-timed despite being the club’s top goal scorer the previous year.

This will still be considered awful transfer management, but the issue is not always the players. Nevertheless, players like Lukaku, Pogba, Falcao, Di Maria, and Memphis are all proven, quality players. However, none of them became successful at Man United due to bad player management.

United is at the bottom of the Premier League after facing two consecutive defeats, and a goal differential of minus five. Things aren’t looking well for Ten Hag.

Ten Hag must make fresh signings before the transfer deadline. More significantly, he needs to witness some of the fights he inherited.

Man United had a successful pre-season performance that included a 4-0 thrashing of Liverpool. As a result, the United supporters silently believed that the Erik ten Hag legacy might completely change things around in the blink of an eye.

However, the Red Devils’ first two Premier League encounters of the 22/23 season dragged them down to reality. In defense, Harry Maguire and Luke Shaw have been suffering from psychological drunkenness ever since Euros. As a result, United’s cohesion has deteriorated in recent times.

If they are unable to press, they must sit back and wait for the counter. Maguire requires to reignite his technique or take a break. similarly, players need excessive shifts on the practice field to clean up this wreckage.

Players are facing many conflicts in Manchester United’s locker room. Captain Harry Maguire does not appear to have the support of all his teammates. However, some of them show a strong preference for Cristiano Ronaldo to wear the armband.

Cristiano Ronaldo, on the other hand, has been doing everything he can to quit the team just before the transfer window shuts. That does not appear to be a united in Manchester.

With such schisms in the locker room, how can they consider playing as a team and produce tangible results?

Likewise, Fans are also fed up with the mentality that Manchester United players have adopted in recent years.

Following a crushing setback, they usually immediately post on social media and issue lengthy comments of regret or support. Perhaps, dump the phone and just do something more productive with the ball.

Manchester Utd hasn’t really had a coach who has truly transformed the club since Ferguson’s departure. Solely, Jose Mourinho won three titles during his time with the team, and the remainder were abysmal.

Read more: What is Fantasy Premier League? (For Beginners) ??

For example, Marcus Rashford, Anthony Martial, Aaron Wan-Bissaka, Adnan Januzaj, Andreas Pereira, and a slew of others have seemed to be diminishing. However, when we initially saw these players, they were quite excellent.

That says a lot about the management of the club.