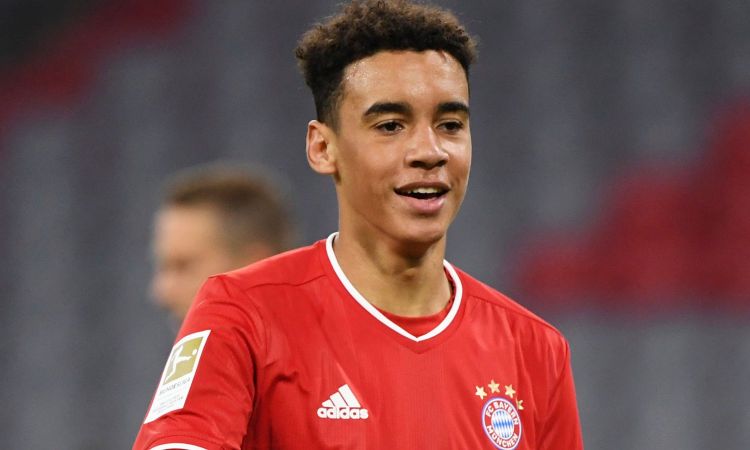 Jamal Musiala is a professional football player who plays for Bundesliga club Bayern Munich and the German national team as an attacking midfielder. The real name of the football player is Jamal Musiala. It’s only been months since his professional debut, and here he is, setting records or fighting them. Starting at an early age, Jamal has played for his youth team Chelsea, and alongside it, he was testing the international waves as well.

To elaborate, he had also featured for the England U17, U16, U15, and the German U16. As a teenage player, he has his ranks flying all over while the priorities are sorted out. Musiala has been playing ever since a young age and has professionally featured in the youth team. Before playing for Bayern Munich, he represented Chelsea; however, when he turned 16, he left to play for his homeland team, Munich.

Initially, Bayern Munich placed Jamal in the U17 squad, where he made twelve appearances. Jamal scored six goals during those matches and was later promoted to the U19s. But, well, during his primary phase, Jamal posted games with no scores.

Musiala was born on February 26, 2003, in Stuttgart, a German city. Additionally, his father’s name is Daniel Richard, and he is a British-Nigerian, while his mother’s name is Carolin, and she is a German. After being born in Stuggart, Musiala was raised in Fulda – a central German city just northeast of Frankfurt. Likewise, Jamal is reported to have a younger brother and a sister, namely Latisha and Jerrell Musiala. He was later moved to England at seven due to his mother’s studies.

Therefore, while he moved, Jamal English was just a basic vocabulary. Jamal himself also stated that he used to communicate with their emotional language or facial expressions in the beginning.

As Jamal childhood mainly was invested in England, he grew up gaining his initial education from that very place. He attended the Corpus Christi School for his primary education, located in New Malden, a southwest London suburb.

He enrolled in the Whitgift School in Croydon for his secondary level education. Apart from academics, he always his athletic side dedicated to Chelsea academy.

He is currently playing for Bayern Munich, and his number is #42. His playing position is a midfielder. Musiala is regularly capable of beating opponents one-on-one. Jamal Musiala is one of the biggest shooting stars in Europe.

Who is Jamal Musiala dating?

According to our records, Footballer Jamal is single and has not been previously engaged. As of 2022, Jamal is not dating anyone. There are no records of a past relationship with someone of Jamal. He likes to focus on his career instead of involving in such things.

As lean may he look, he is athletically sound and often draws comparisons with Dele Alli, English midfielder for Premier League club Tottenham Hotspur. Besides, Jamal is a versatile right-footed player who has no worries about using his left foot during the time of need. Musiala portrays excellent dribbling skills with fast anticipation and intuitive response during the game. Altogether, Musiala does have places to enhance his growth.

Some of his achievements to date as a player are given below.

As a professional football player, Jamal has made good money. Jamal is one of the wealthiest German footballers and is listed as the most famous German footballer. It is currently unknown and has not yet disclosed the net worth of Jamal Musiala. However, as of now, he has a market value of €750,000. Also, he has a base salary of €240,000, with a weekly wage of €5,000. However, as per Munich sporting director Hasan Salihamidžić, the contract signing may occur next week. Both sides are just excited about the signing.

As the news goes, Jamal might make up to £100,000 a week through his new contract. It contains his assets, funds, and profits. His natural source of return is his occupation as a soccer player. Via his additional sources of returns, Jamal has been able to manage appropriate budgets but likes to execute a modest lifestyle. He has a slim body and wants to keep fit with a well-maintained diet.

Jamal Musiala has a FIFA 22 overall Rating of 79 and a Potential Rating of 89, and he shoots with his right foot more often than with his left. Musiala has got 5-star skill moves to rate. His work rates are Medium/Medium. Currently, Jamal Musiala is playing with numbers 42 and 14.

Jamal has bagged all the spotlight needed as a rising star and an energetic young player. Footballer Jamal uses social media venues like Instagram, and he has 1 million followers on his Instagram account. Jamal has earned fame and name as a soccer player, and he does not like to share many details about her parents, brother, siblings, etc. Jamal wants to keep them away from her social account.

An interesting fact about Jamal Musiala

Some questions regarding Jamal Musiala

Bayern is a German name for Bavaria, which is one of the 14 states of Germany.

Musiala has a total career goal of 19.