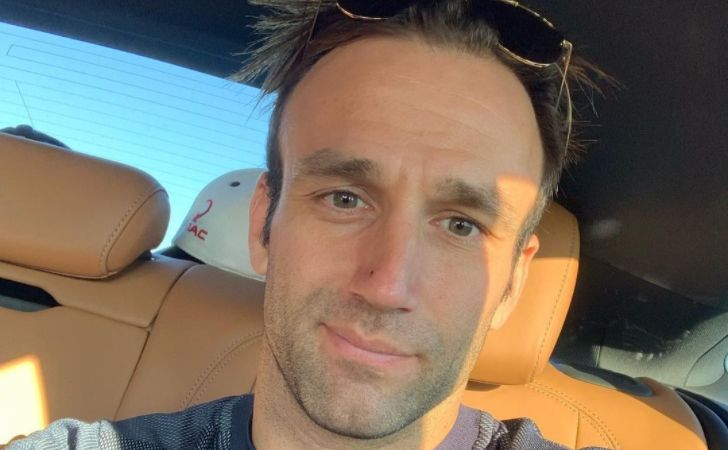 Johann Zarco is one of the most successful French riders in Grand Prix motorcycle racing with 16 Grand Prix victories in different classes. The moto2 world champion has featured in many moto GP tournaments until now. Zarco has worked together with many racing teams like the JiR Moto2, Ajo motorsports, and Yamaha Monster Tech 3. Zarco is renowned worldwide for winning the moto2 world champions in the years 2015 and 2016 consecutively.

His 2015 victory was one to remember as the French rider registered record points while he dominated on the track. Zarco currently rides for Italian racing team Pramac racing after signing the deal recently in September 2021. Zarco also became a runner-up when he was participating in the 125 cc class racing back in 2011. This biography on Moto GP rider Johan Zarco covers some of the important moments from his early life till date.

French rider Johann Zarco was born in a middle class family in a place in France called Cannes. We currently do not have any information regarding his parents and siblings. We will update the details soon.

Showing good signs early, Zarco was very passionate about motorbikes from his childhood.His determination has led him to achieve immense success in MotoGP racing. He started his career in 2004 when he progressed from motorcycling ladder to minimoto championships. Zarco has won multiple world championships in his MotoGP career starting from the bottom.

The two-time moto2 winner French rider was born on 16-07-1990, making him 31 years old. Zarco follows Christianity as the religion and his Zodiac (horoscope) sign is Cancer. According to Zarco’s father, he was very passionate about motorbikes from his childhood. Zarco is very fast, even on the wet race track, making him one of the best riders in MotoGP racing. He has

Johann Zarco has an athletic body and he stands 5.7 inches tall. He has evenly matched weight as the French rider weighs around 143 pounds (65 kilograms) at normal. He has green color eyes and dark brown colour hair. Zarco is very professional and takes very care of his body, training, and diet. We do not have information about his body measurement . We will update the information soon. French international Zarco wears the shoe size of 8 (US).

Johann Zarco Salary and Net Worth

According to multiple sources, Johann Zarco is worth around 4 million dollars to date. (As of 2022) He has participated in many MotoGP tournaments in his career until now. His major part of his earnings constitutes tournament prize money, endorsement, sponsorship deals and merchandise He has also earned a  salary playing for his racing team, Pramac Racing.

Zarco earns around 2 million dollars per season at his present racing team. As per rumors, Zarco will make around $ 110k per race in 2022. This amount and salary makes him one of the highest-paid riders in Grand Prix Racing. MotoGP racer Johann is also a proud owner of multiple extraordinary and finest cars in his collection, such as Mercedes Benz and Audi.

Who is Johann Zarco Wife?

The two-time moto2 winner French rider follows Christian religion, and his Zodiac sign is Cancer. He has moderate height and a balanced weight for a professional rider. Johann is still unmarried, but he has been in a relationship with his girlfriend, whom he had known for a long time. Her name is Veronica Thielova.

They are sometimes found spending their free time together in photos and videos. The lovely couple do not yet have any children. Zarco and his model girlfriend have a huge following on Instagram and Twitter. Zarco has an athletic body and being a professional motorbike rider, he also spends his significant time in the gym and practice.

French racer Johan Zarco has been racing since 2009. He has used different bikes from various manufacturers in his Grand Prix career. He was riding Aprilia motorbike for 2009 and 2010 while switching to Derbi motorbike in 2011. Zarco has different brands of bikes like Yamaha, Ducati and KTM. These bike models costs millions of dollars depending on the brand and its power. These are the list of the motorbikes that Zarco have used since he started his career in MOTO2 racing in 2012.

Similarly, while picking a helmet to wear while riding, a rider should always be cautious. It is one of the most crucial considerations for each Grand Prix racer. Shark helmets have been a long-time partner of Zarco’s. Zarco has used these helmets for the majority of his Grand Prix races.

He is now wearing a Shark Helmets special edition, which is limited to roughly 1500 copies globally. These helmets are built of carbon fiber and are extremely tough and durable.

Johann Zarco is also quite active on social media like Instagram and Twitter. He keeps updating the fans about the matches and, his announcements. Zarco posts pictures of his vacations in different places, family, and teammates earned him huge fan followings worldwide. MotoGP racer Johann uploads pictures with his cars, watches, and family social media.