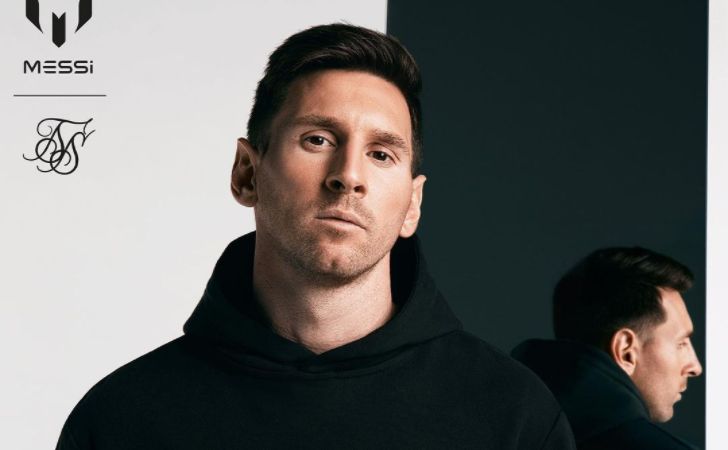 Hailed as the greatest by many football fans, Argentine football player Lionel Messi is one of the best players to ever grace football. Playing in Spain for a long time, Messi is also well renowned as “La Pulga.” He has won seven Balloon D’or and six golden boots, which is one of the greatest achievements for any football player. Footballer Messi has spent most of his career at Spanish football club FC Barcelona and is now playing for French football club PSG.

Messi is a versatile player who can play excellently at the wing position and as the central forward or striker. He has scored 80 international goals until now and is the second-highest active international goal scorer globally, along with Indian footballer Sunil Chhetri. Messi has been rewarded with many prestigious awards like the FIFA world player of the world award and the FIFA world player of the year award. He is widely regarded as one of the best footballers due to his vision, precise shooting, passing skills, and versatility in a match. This biography on Argentine and PSG football star Lionel Messi covers important moments from his early life to date.

Argentine football star Lionel Messi was born to his father Jorge Horacio Messi and mother, Celia Maria Cuccittini. Both his father and mother were from Argentina, but they later moved to Barcelona, Spain. He was born in a middle-class family in Argentina called Rosario. Messi also has two brothers whose names are Matias Messi and Rodrigo Messi and a sister named Maria Sol Messi. Messi grew up playing football with his brother and friends while still living in Argentina. He surprised the audience with his dribbling and shooting skills when he was playing football with his friends in his childhood days.

Messi suffered from rare growth deficiency disease when he was a kid, and it was difficult for his parents to pay for his medical bills. Delighted by his talent, Messi was soon recruited in the ranks of the local club Grandoli and early 1993, he joined the renowned Argentine football club Newell’s Old Boys. When he was just 13 years old, he joined FC Barcelona’s football academy La Masia where he is still considered an example by many young footballers. He played with number 10 on his jersey during his days at FC Barcelona, who currently wears the same number 29 at his present club, PSG. Starting as a forward in his early playing days, he excelled at many attack positions.

The Seven-time Ballon D’or winner was born on 24 the day of June 1987, making him 34 years old.  He follows the Roman Catholic religion, and his Zodiac (horoscope) sign is Cancer.

After impressing the scouts, he was soon recruited to the football academy of FC Barcelona. Messi has an athletic and medium-sized body, and he stands 5 feet 7 inches tall. He has evenly matched weight 7for a professional footballer, as he weighs around 150 pounds (68 kilograms) at normal. Messi has black color eyes and black color hair. Similarly, he is very professional and takes very care of his body, training, and diet. He has a chest span of 39 inches and a waist of 32 inches. Likewise, his athletic biceps measure 12 inches, and he uses a shoe size of 10 (US).

Lionel Messi Salary and Net worth

Well renowned with the nickname “La Pulga,” Lionel Messi is worth around 600 million dollars to date. He has played mostly for FC Barcelona and PSG, so a major part of his earnings constitutes football club salary and performance bonuses, endorsement, and sponsorship deals.

Likewise, he was again signed by PSG in a free transfer deal where he earns a staggering 35 million dollars per season. According to Forbes magazine, he earned around 140 million dollars in 2021 only. This amount makes him one of the highest-paid players in modern football. Likeiwse, Messi also owns multiple expensive and finest cars in his collection, like Ferrari Spider and Audi Q7.

Who is Lionel Messi Wife?

The six-time European golden boot winner follows the Roman Catholic religion, and his Zodiac sign is Cancer. Footballer Messi has two elder brothers and a younger sister. Similarly, he is married to his girlfriend, whom he had known for a long time. Her name is Antonella Roccuzzo, and she was also born in Argentina. This lovely couple fell in love with each other from their early childhood and have been inseparable ever since.

They are parents to three sons, Mateo Messi, Thiago Messi, and Ciro Messi. Messi is one of the most followed sports personalities and has a huge following on Instagram, Facebook, and Twitter. He has an athletic body, and being an athlete and a professional football player; he also spends his significant time in gym and training.

Argentine footballer Lionel Messi is one of the most intelligent and complete attacking footballers and is sometimes called “Magician.” His vision, direct free-kick goals, passing and dribbling qualities make him one of the best attackers in football. Messi has excellent dribbling and shooting skills, and he can chip the ball very well. Messi is also excellent in dribbling, making it difficult for the opposition defenders and the goalkeepers in last-minute situations. Lionel Messi has played mostly as a right-winger, striker central forward, and sometimes as a central attacking midfielder in his professional football career. He is famous as one of the excellent free-kick takers and precise finisher in football.