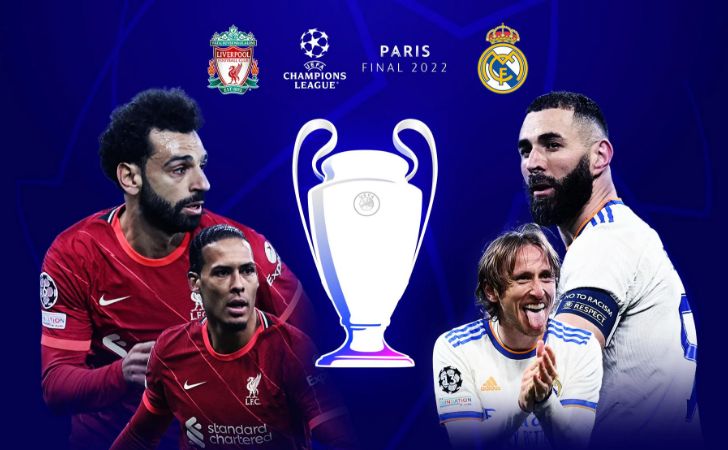 Jurgen Klopp’s battalion has already won the League cup and FA Cup this season. And to date are 1 point away from Manchester City in a little race. Liverpool is the better side from top to bottom. No team has ever managed to win Premier League, FA Cup, League Cup, and UEFA Champions League during a single season, Liverpool has already won FA Cup and League Cup this season and is moving for the quadruple.

Liverpool has the best defense conceding only 25 goals in the premier league which averages about 0.7 goals per match. Virgil van Dijk and Ibrahima Konate have been phenomenal duos in Liverpool’s defense.

Liverpool hasn’t lost in their 17 matches, 27 won, 8 drawn, and has only lost 2 games in the premier league. Liverpool has kept 21 clean sheets this season. They have only conceded 7 goals in UCL and 20 in PL this season. Konata hasn’t lost a single game that he has played for the Reds till now, and he is supposed to be in the starting XI.

The full-back of Liverpool Trent Alexander-Arnold and Andrew Robertson has provided 22 assists this season. This is the only pair of defenders with the highest number of assists this season. Virgil Van Dijk and Ibrahima Konata, both 6’3″ giant defenders in the center back, isn’t easy for any opponent to score against them.

Reds have the strongest defensive backup player in Pl. Joel Matip, Joseph Gomez, Tsimikas, and Rhys Willams are also world-class defenders performing fantastic this season. Jurgen Klopp’s side has the best defenders compared to Real Madrid and has performed phenomenally in both scorings, assisting, and defending.

Jurgen Klopp made it easy after signing Spanish midfielder Thiago Alcantara and Colombian right-footed maestro Luis Diaz shining as the best in Pl and UCL. Luis Diaz has the potential to play as a Right Winger, Left Winger, and Left Midfielder. This maestro made the difference as Liverpool were 2-0 down to win 3-2 over Villarreal and book their UCL final with Real Madrid.

Fabinho and Naby Keita are the players who have the highest strength. This two-player can overlap and turn the game with enormous stamina and powerful pressing. Liverpool midfielder has strength in terms of pace and creative passing.

Alcantara and Keita play as center midfielders whereas Fabinho can play both defensive and center midfielder, they can easily control the game (average ball possession: 63.2%) and press with their passing skill.

Liverpool is playing with the formation of 4-3-3 which is an attacking formation. These front threes are Salah, Mane, and Diogo Jota has involved in 71 goals out of 91 Liverpool has scored this season in PL title haunt.

Mohamed Salah is the highest-scoring player with goals tallyy of 22 and 13 assists in Pl this season; his pace and a good eye for the ball have made it easy for him to move the ball between the defender; his pace and strength is his identity. In an interview, Salah said, ” I want to play Real Madrid in the UCL final ” this statement shows how he is desperate to get revenge for the 2018 UCL clash with Madrid.

Liverpool are wearing the pride of two titles which they have won this season. Liverpool runs, fights, and they have managed perfectly to bring their opponent to the limit. In the Copa Del Rey title haunt, Real Madrid was knockout by Athletic Club.

Liverpool is determined to win quadruple this season and is desperate to claim their European trophy.

Klopp vs Ancelotti is a game of Liverpool vs Real Madrid. These two rival managers are again meeting on 29 May 2020. Klopp believes in excellence and has been able to manage his team brilliantly. Kloop has the magic of processing and getting the best of individuals and the team.

Jurgen Klopp’s arrival at Liverpool changed Liverpool and raised their glory again. Klopp won them a title in 30 years, whereas Ancelotti was a flop at Everton.

Klopp is currently regarded as the best manager in the world. Klopp’s playing style of 4-3-3 or sometimes a 4-1-4-1 formation will surely get a win over Madrid. This style of play is a defensively weak team when the opponents have players like Salah, Mane, and Jota on the front lines.

On the final day of the game, it is not the best team around the year to win the title. It is the best team on the day to get a victory. Liverpool has signed different players who are playing their first UCL final on 29 May. This means a lot for them, they are going to play with great motivation, willpower, and teamwork. Liverpool is a solid club and has the best approach to the game. Liverpool vs Real Madrid will be fun to watch.