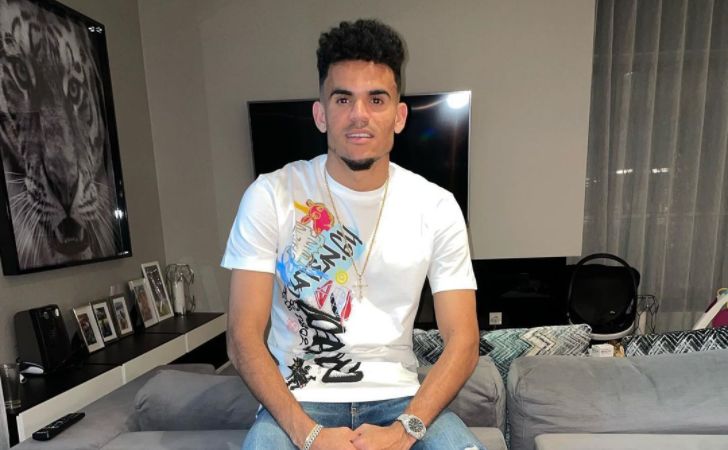 English football club Liverpool FC recently made a headline by signing a talented and in-demand Colombian winger Luis Diaz from FC Porto. Diaz was on the radar of many European football clubs, but Liverpool was always his priority. In this post, we have covered the biography of Colombian football talent Diaz with his career details and personal life. The talented winger played in the Colombian football league with Atletico Junior before the Portuguese football club signed him. Footballer Luis is a versatile player who can play excellently as a winger, but he is also comfortable playing as a striker and central forward

.Diaz has made his international football debut at a very early age and he has made 32 appearances for his team up to now. Luis has won many major trophies in his career like the Portuguese league title and the Colombian league title playing for different football clubs. He is widely regarded as a promising and skilled winger due to his agility, visionary passing skills, and pacey dribbling quality during the game. This biography on Colombian football star Luis Diaz covers some of the important moments from his early life.

Like many South American footballers, Diaz is a very skilled and talented child since he was a small kid. His father and mother are the natives of his birth country, Colombia. Diaz was born in a middle-class family in Colombia, famously known as Barrancas.

Diaz used to impress the audience in the local tournaments while playing. Impressed by his talent, he was given the chance to join the local football club Barranquilla FC, a local football club in Colombia. Diaz played with number 23 on his jersey at Atletico Junior, who was assigned the legendary number 7 at his next football club, FC Porto. Likewise, he uses Diaz as his name in his club and national football team jersey in every matches. Emerging as the pacey winger in his initial days, he has established himself as one of the best players in his position.

The Copa America golden boot winner Colombian footballer Diaz was born on 13-01-1997, making him 25 years old. Diaz follows Christian as the religion and his Zodiac (horoscope) sign is Capricorn. The Portuguese league title winner former Porto winger, Diaz has short hair and fair skin. He has very good first touch and he can run very fast with the ball on his feet. Being a fast dribbler, he also impressed the coach of Liverpool FC Jurgen Klopp, which recently earned him a move to the club.

Diaz has an athletic body and he stands 5.10 feet tall. Footballer Luis has evenly matched weight for a professional footballer, as he weighs around 154 pounds (70 kilograms) at normal. Luis has brown colour eyes and black colour hair. Diaz is very professional and takes very care of his body, training, and diet even at this very young age. Similarly, Diaz uses shoe size of 9 inches (US). We currently do not have any information about his body measurement. We will update the information very soon.

Luis Diaz salary and net worth

As per multiple sources, Luis Diaz is worth around 1.75 million dollars to date. He has played different football clubs like Atletico Junior and FC Porto so a major part of his earnings constitutes Football Club salary and additional bonuses. Other income sources are endorsement and sponsorship deals. He has made 32 appearances for his national football team after making his international football debut in 2018.

Diaz has also earned a significant salary playing for his national team. FC Porto signed the Colombian league title winner in around 9 million dollars after impressing at his previous football club. Liverpool recently signed him in a mega-contract deal. He earns around 3.5 million dollars per season at his present club Liverpool FC. We do not have any information about his houses, cars and other endorsement and sponsorship deals. We will update the information very soon.

Who Is Luis Diaz’s girlfriend?

The Copa America golden boot winner, Luis Diaz is a Christian by religion and his ethnicity is Wayuu. He is still unmarried but he has been in a relationship with his girlfriend whom he had known for a long time. Her name is Gera Ponce, but we do not know her profession. The couple fell in love with each while the Colombian footballer was still playing in his home country with Barranquilla Fc.

The couple has always been together ever since their first date. The beautiful couple is parents to one son born in 2021 but have not yet disclosed their son’s name. Young footballer Diaz has a huge following on his social media accounts like Instagram and Twitter. He has an athletic body and he takes very care of his body, training, and diet which has helped him stay in top form in his career.

The Portuguese league title winner Colombian winger is a technically gifted and skilled footballer in his national football team. Diaz versatility, passing and dribbling qualities make him one of the promising young football players. He has excellent dribbling, crossing, and long shooting skills as a winger. Luis is also very fast with the ball on his feet making him one of the fast dribblers in this sport.

Diaz has won several major trophies like the Colombian league title and the Portuguese league title in his career playing for different football clubs. In his professional football career, Luis Diaz has played mostly as a left and right winger, and sometimes as the central forward and attacking midfielder. He is also well renowned as an excellent dribbler and technically gifted player in this sports.

Luis Diaz is also quite active on his Instagram account. Footballer Luis keeps updating the fans about the matches, and, his announcements. Diaz posts pictures of his vacations in different places, family, and teammates, earning him huge fan followings worldwide. He uploads pictures with his cars, watches and children on social media.