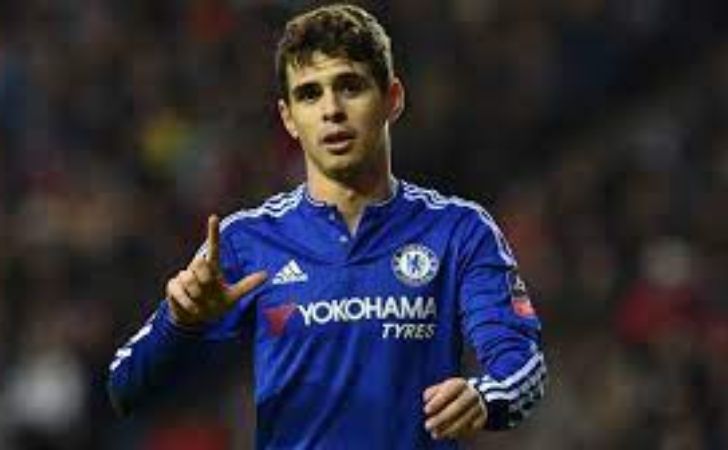 Oscar is a Brazilian professional football player who plays as an attacking midfielder for Shanghai Port, which is a Chinese Super League club. He was last called for the Brazilian national team to play 2018 World Cup qualifiers in 2016. At the peak of his career, he was considered as one of the best offensive midfielders in the world. He has multiple title wins with his teams, helping them as one of the best players on the ground.

On 23 December 2016, Chelsea agreed to their terms with Shanghai Port FC for Oscar’s transfer in the Chinese Super League for a reported £67 million. Oscar was reported to have signed four-year contract with the club.

Oscar was born on 9 September 1991 with Brazilian parents in Americana, which is a city in São Paulo to his late father, Oscar dos Santos Emboaba and his mother, Suely Alvez. His father died in a traffic accident when he was 3 years old.

On 28 August 2008, he made his professional debut in the second leg of the first stage of the Copa Sudamericana.  Same year he made 11 substitute appearances for the team in the Campeonato Brasileiro Seria A.

His education is not much known, but he joined the academy at União Barbarense at an early age where he might have got his primary level education.

His eyes are dark brown and naturally have a dark brown color. His body measurements are under review at the moment.

Who is Oscar Wife?

Oscar married love of his life, Ludmila Emboaba, in 2011. They started dating in 2009 and have been together for around 12 years.

They both are 30 years of age and are in a healthy relationship. Oscar had at least 1 relationship before this one and hasn’t been engaged previously.

Oscar Salary and Net Worth

After coming to China from Europe, Oscar’s yearly income was way more as china pays more than European Clubs. Oscar signed contract with Chinese club Shanghai Port on 23 December 2016, for a cost of £67 million

Oscar Net Worth is $70 million as of 2021. His overall salary and net worth are from playing football and gets $1.7 million from Endorsements.