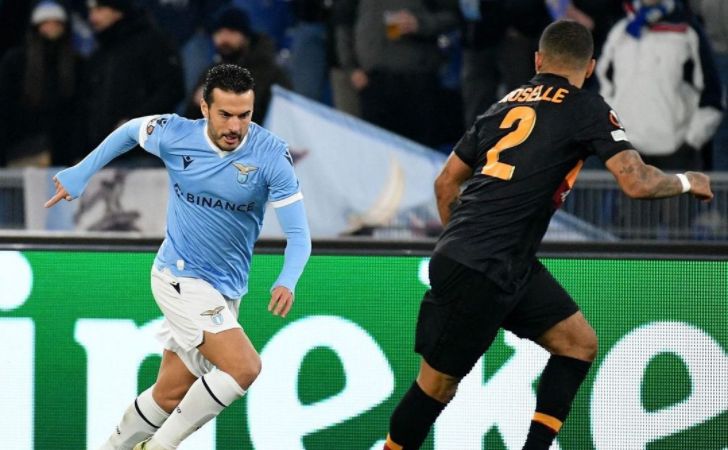 Pedro Eliezer Rodríguez Ledesma is a Spanish professional footballer who plays as a forward or winger for Serie A club Lazio. Due to his pace, dribbling, and technique, he can perform some fast-paced counterattacks and score goals with both feet.

Footballer Pedro is one of the most underrated players. He was under the shadow of Lionel Messi during his time at FC Barcelona, but when he went to Chelsea, he showed how good he was from the beginning.

He won La Liga’s Breakthrough Player of the 2009-10 season. We all that he is one of the most decorated players with multiple titles wins for the clubs he has been in.

Footballer Pedro Eliezer Rodríguez Ledesma was born on 28th July, 1987. His birthplace is Santa Cruz de Tenerife. a port city on the island of Tenerife, in Spain’s Canary Islands. His father’s name is Juan Antonio Rodríguez, while his mother’s name is Monserrat Ledesma Encinoso. As per the information provided, he is the only child of his parents.

He had a good childhood with no financial problems going on. Pedro had a perfect balance between his study and football.

He started playing football late. At 16, he started playing, which is way older than most professional players. He joined the youth side of San Isidro academy in 2003 and played till 2004.

After a year, he joined the youth side of FC Barcelona. He played for the youth team for a year and was promoted to Barcelona C in the 2005 season.

After playing a couple of seasons, he scored 11 goals in 71 matches. In the 2007 season, he moved to Barcelona B, where he played 50 matches, scoring 16 goals. On January 12, 2008, he made his debut for Barcelona’s first team with only one minute of playing time.

Pedro’s education is not much known as there is little information if his education. But some reports suggested he was brilliant from his childhood and had a very good education.

Footballer Pedro’s eyes are dark brown, and he has black hair. Pedro’s body measurements are under review at the moment.

Who is Pedro Wife?

After two years together, they got divorced. Some weeks later, after his divorce, he was spotted with a mysterious blonde. Their photo got circulated on the internet. After some time, the mysterious girl was not a mystery at all. Her name is Patricia Magana, and both are currently in a relationship.

His family pictures can be found on his social media accounts.

Pedro Salary and Net Worth

Pedro signed a contract with Italian club Lazio on August 19, 2021, as a free agent.

Pedro’s net worth is $30 million (approx.) as of 2021. His overall salary and net worth are from playing football, sponsorships, and endorsements.

Pedro might be one well-known footballer and busy in his traits. But he always finds the time for his fans. Not only that he tends to post on social media platforms to keep up with the fans around the globe. Readers can follow the footballer on: