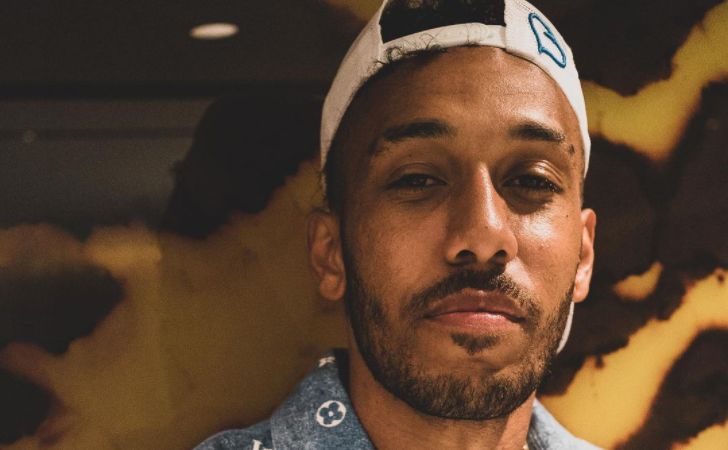 Former Gunner striker Pierre-Emerick Aubameyang is well known as one of the fastest and most excellent dribbling players in football. Gabon football star Aubameyang plays for Spanish football club Barcelona, after his transfer from Arsenal football club recently in 2022 winter transfer window. The German Cup winner has played in many major tournaments with clubs like Borussia Dortmund and Arsenal.

Aubameyang is a versatile player who can play excellently even as the winger but mainly as the striker and central forward. He has played with his national football team for a long time, earning his 72 Caps until his debut in 2009. This footballer has won many major trophies like the German Cup and the FA Cup playing for different European clubs. In addition, he is widely regarded as one of the finest football attackers due to his speed, pacey dribbling, and shooting skills during the game—this biography on Gabon football star Pierre-Emerick Aubameyang some of the important moments from his early life.

Gabonese international footballer Pierre-Emerick Aubameyang was born to Pierre Francois Aubameyang and his mother, Margarita Aubameyang. His father was originally from Gabon while his mother is a Spanish international. Margarita Aubameyang is a businesswomen by profession. He was born in France, Lavel and was very well raised by his parents. His father was a former footballer for his country, and he played as a defender in his old playing days. This might be the reason why Pierre Emerick Aubameyang developed his passion for football from an early age.

He also has two half-brothers whose names are Catilina Aubameyang and Willy Aubameyang. This child footballer was soon recruited in the French football club Nice ranks where he played for the youth team until 1998. He also played with the youth players of Stade Laval football club for three years and Sporting club Bastia for six years. Aubameyang played with number 41 on his jersey during his early playing days at AC Milan who wears the number 25 jersey at his current club FC Barcelona. Likewise, he uses Aubameyang as his name in his club and his national team kit.

The African footballer of the year award winner Gabonese internal footballer Aubameyang was born on 18-06-1989, making him 32 years old. (As per 2021) Aubameyang follows Christianity as the religion and his Zodiac (horoscope) sign is Gemini. Aubameyang was very interested in this sport, thanks to his father, a football scout at AC Milan football club. He is very famous for his speed and accuracy at dribbling against the one vs one situation in the match.

Aubameyang has an athletic body, and he stands 6.2 feet tall. This footballer has evenly matched weight for a professional footballer, as he weighs around 179 pounds (81 kilograms) at normal. He has dark brown color colour eyes and black color hair. Pierre-Emerick Aubameyang is very professional and takes very care of his body, training, and diet even though he has past his thirties now. This footballer has a chest span of 42 inches and a waist of 32 inches. Likewise, his athletic biceps measure 13 inches and he uses a shoe size of 12 (US).

Pierre-Emerick Aubameyang Salary and Net Worth

Also known as “Auba” by his former fans, Aubameyang is believed to be worth around 15 million dollars to date. He has played different clubs like Borussia Dortmund, Arsenal, and FC Barcelona. Therefore a most of the part of his earnings constitutes football club salary, performance bonuses, endorsement, and sponsorship deals. He has made 72 appearances for his national football team after making his international football debut in 2009.

Aubameyang has also earned a significant salary playing for his national team. Borussia Dortmund signed him at a young age in a 15 million dollar deal, where Aubameyang earned a signing bonus and salary according to his contract. Likewise, this footballler was again signed by English football club Arsenal in a mega-transfer deal worth around 65 million dollars. He earns around 4.5 million dollars per season at his present football club Barcelona. Aubameyang also owns multiple extraordinary cars, such as Aston Martin and Ferrari Spyder.

Who is Pierre-Emerick Aubameyang Wife?

Aubameyang is married to a woman he had known for a long time, and her name is Alysha Behague. We currently do not have any information about her profession. We will update the information soon. They fell in love with each other while Aubameyang was still playing in France.

The lovely pair are parents to two sons, Curtys Aubameyang and Pierre Aubameyang. Footballer Aubameyang has a huge following on his social media accounts like Instagram, Facebook, and Twitter. He has an athletic body and being a professional football player, he spends his significant time in gym and training. Aubameyang is also a supercar fan and he has huge collection of cars. He is a Spiderman fan and celebrated a goal by putting on a Spiderman mask.

Pierre-Emerick Aubameyang is widely regarded as one of the fastest football player in the world. His versatility, shooting skills and pacey dribbling qualities make him one of the best forward in football. Aubameyang is also very confident with the ball on his feet while running. Along with his speedy dribbling and rapid pace, he is also a lethal finisher.

The Gabonese international footballer is also very good at crossing and passing the ball, making chances for the strikers . He has won several major trophies like the FA Cup and German Cup in his career playing for different elite football clubs. He has played mostly as a central forward, striker, and sometimes as the winger in his professional football career.

Pierre-Emerick Aubameyang is also quite active on social media like Instagram and Twitter. Footballer Aubameyang keeps updating the fans about the recent matches. His posts pictures of his vacations in different places, family, and his teammates, earning him huge fan followings worldwide. Aubameyang uploads pictures with his cars, watches and children on his social media.