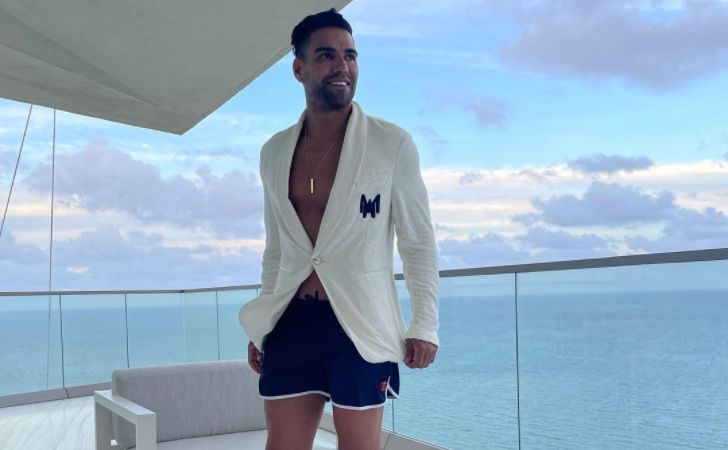 Well renowned with the nickname” El Tigre,” Radamel Falcao is a prolific finisher and reliable goalscorer in football. Colombian star striker Falcao currently plays for Rayo Vallecano football club after his transfer from Galatasaray AS in 2021. The UEFA Europa League winner has played in many major tournaments with different football clubs like Monaco, Atletico Madrid, and Porto FC in his career. Falcao is a versatile attacking player who can play excellently as the central forward but mainly as the striker.

Radamel Falcao has played with the Colombian national football team for a long time, earning his 99 Caps till date after marking his international football debut in 2007. Footballer Falcao is widely regarded as one of the best strikers in football due to his long shooting, precise finishing skills, and his ball heading ability in a football match. This short biography on prolific Colombian striker, Radamel Falcao covers some of the important moments from his early life.

Radamel Falcao born to father Radamel Garcia and mother whose name is Carmenza Zarate. Both his father and mother are from Colombia. His father, Radamel Garcia, was a former football player in his old football playing days. He played for different football clubs in his home country, Colombia. Falcao was born to a middle class family in Santa Marta, Colombia. He also has two sisters as his siblings apart from him in his family. His sister’s names are Michelle Andrea Garcia and Melanie Grecia Garcia.

Radamel Falcao used to go to the football ground being a mascot for his father. His father still remembers Radamel asking him to teach football while still a kid. The talented child was soon recruited in the second-tier Colombian football club Lanceros Boyaca. In 2005, he moved to the Argentine club River Plate football academy, where he played with other young players for 4 years.

The UEFA Super Cup winner Colombian star footballer was born on 10th February 1986, making him 36 years old.  He follows Christianity as the religion, and his Zodiac (horoscope) sign is Aquarius. Falcao does not have any tattoos inked on his body. He is a right-footed striker having excellent finishing and power shoot ability even with his weaker left foot. Falcao has an athletic body, and he stands 5.10 feet tall at present.

Falcao has evenly matched weight for a professional footballer, as he weighs around 172 pounds (78 kilograms) at normal. He has dark brown color eyes and black color hair. The Colombian striker takes very care of his body, training, and diet, making him a crucial part of the squad even at 36 years of age. We do not have any information about his body measurement and shoe size. We will update the information very soon.

Radamel Falcao Salary and Net Worth

As per multiple financial reports, Radamel Falcao is believed to be worth around 60 million dollars to date. (As of February 2022) He has played for different football clubs like Monaco, Atletico Madrid and Porto FC. Therefore a major part of his current net worth constitutes salary, bonuses, and other sponsorship deals he made by playing for different clubs. He has made 99 appearances for his national team after his debut in 2007.

The Colombian striker averaged around 250k dollars in weekly wage while he was playing for Manchester United during his one year loan spell in 2014. He has also earned a significant salary playing for his national football team. AS Monaco signed Radamel Falcao in 2013 where he played for six seasons. At his present football club Rayo Vallecano he earns around 1.5 million dollars per season. His current net worth makes him one of the richest Colombian football players. He also owns multiple extraordinary cars in his collection, such as Ferrari and Porsche.

Who is Radamel Falcao Wife?

The UEFA Europe league winner Colombian striker Falcao is religion’s true Christian religion. He is married to a woman he had known for a long time. His wife’s name is Lorelei Taron and she is an Argentine international. Taron is a model and a singer by her profession. The lovely couple are parents to three daughters and a son.

Their son’s name is Jedediah Garcia Taron and their three daughters’ names are Annette Garcia Taron, Dominic Garcia Taron and Desire Garcia Taron. Radamel Falcao and his singer-wife Taron have a huge following on their social media accounts like Instagram and Twitter. Being a professional football player, Falcao also spends his significant time in the gym and training with his teammates.

Colombian footballer Radamel Falcao is one of the prolific and reliable goal-scoring strikers of this generation. He has excellent ball heading and powerful shooting ability. Falcao has played mostly as a striker and sometimes a central forward in his professional football career.

Footballer Falcao can win the aerial duels and head the ball into the net even with his medium height. Falcao has won several major trophies like the French league title and the UEFA Super Cup in his career playing for many elite football clubs. The Colombian footballer is a poacher striker who has played mostly as a natural striker (number 9) for different football clubs. Falcao is renowned as a power shooter and excellent header in this sport.

The Colombian footballer is also involved in charity activities with many organizations. He has helped to raise funds for the Heart Foundation. Falcao also joined hands with his teammates (At Manchester United) while campaigning with UNICEF. The Colombian footballer also helped a teenage boy find a heart donor and his generous act was praised by many people around the world.

Radamel Falcao is also quite active on social media like Instagram and Twitter. This footballer posts pictures of his vacations in different places, family, and teammates, earning him huge fan followings worldwide. His number of followers in different social media accounts are as follows: