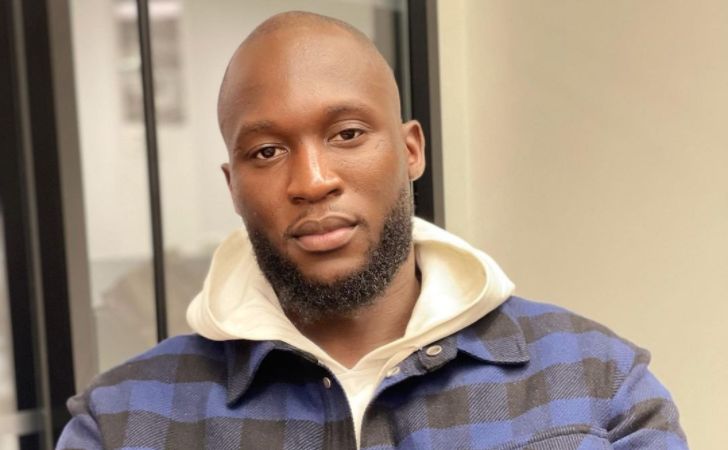 Well renowned with the nickname” The Tank,” Romelu Lukaku is one of the strongest and most lethal strikers in football. Belgian football star Lukaku plays for Chelsea FC after his transfer from Inter Milan football club on August 2021. He is the most expensive player in football history if we combine all his transfer fees with different clubs he had played with. The Italian league title winner is also currently top 10 most expensive players globally after his former football club Chelsea paid 97.5 million Euros for the Belgian striker. The Serie A most valuable player (in 2021) has played in many major tournaments with clubs like Chelsea, Inter Milan, and Manchester United in his career.

Even though his favorite position is striker, he is also very well suited as a central forward. Lukaku has an excellent record with his national football team as the striker has scored 68 goals in just 101 appearances. Romelu is widely regarded as one of the best striker/Central forward in football due to his heading ability, strength, and finishing quality. This biography on Chelsea FC star, Romelu Lukaku covers some of the important moments from his early life till date.

Belgian international football player Romelu Lukaku was born to their father, Roger Lukaku and mother, Adolphine Lukaku. This footballer was born to a low-income family in Belgium called Antwerp. His father was a former footballer who played for his country Congo. Lukaku’s parents fled from their home country Congo to avoid the civil war prevailing at that time. Romelu Lukaku was born in Belgium just a year after his parents migrated. Lukaku also has one younger brother whose name is Jordan Lukaku. He is also a professional footballer and plays for the Belgian football club.

Romelu Lukaku’s family was not rich enough to buy him sports materials, shoes and Jersey. The family did not even have enough money to pay for their food, electricity and other basic needs. A few years later, his father was offered a job by his former club to work as a trainer. Lukaku was very close to his cousin (a professional footballer) and his best friend Vinnie Frans while growing up. Starting as an attacker in his early football playing days, he has established himself as one of the best players in his position.

Italian league title winner Romelu Lukaku was born on 13-05-1993, making him 28 years old. (As per 2021) Romelu Lukaku has massive height and weight, and he is still very fast with the ball on his feet. He follows Christianity as the religion and his Zodiac (horoscope) sign is Taurus. He grew up playing beautiful games with his brother, cousin, and school friends on the playground. Romelu Lukaku is nicknamed “The Tank” by his fans for his donating nature against the opposition defenders in a match.

Romelu Lukaku has an athletic body and he stands 6.3 feet tall. Lukaku has evenly matched weight for a professional footballer, as he weighs around 200 pounds (90 kilograms) at normal. He has black color eyes and black color hair. The Belgian striker is very professional and takes very care of his body, training, and diet to keep himself fit. He has a chest span of 44 inches and a waist of 33 inches. Likewise, his athletic biceps measure 14 inches and he uses a shoe size of 13 (US).

Romelu Lukaku Salary and Net Worth

Also nicknamed “The Tank or Rocky” by his fans, Romelu Lukaku is believed to be worth around 22 million dollars to date. He has played for different richest European football clubs like Chelsea, Manchester United, and Inter Milan, so his earnings constitute club salary, performance bonuses, endorsement, and sponsorship deals. Lukaku has played on 101 occasions for his national football team Belgium after making the debut in 2010.

Romelu has also earned a significant salary playing for his national team. The Italian league title winner is also currently top 10 most expensive players globally after his former football club Chelsea paid 97.5 million Euros for the Belgian striker. He earns around 18 million dollars per season at his present club Chelsea. Lukaku also earned millions of dollars when he played for the rival football clubs Manchester United and Everton in the past. This salary and net worth makes him one of the highest-paid players in modern football. This footballer also owns multiple extraordinary cars in his collection.

Who is Romelu Lukaku Wife?

The Italian league’s most valuable player (in 2021) is still unmarried. He has been in a relationship with his girlfriend, whom he had known for a long time. Her name is Sarah Mens and she is a model and an actress by profession. As per rumors on the internet, Lukaku and Sarah have broken up and live separately now.

Sarah’s father is also a well-renowned celebrity actor. The lovely couple fell in love with each other while playing for the Manchester United football club. The couple, however did not have any children together. Romelu Lukaku was previously with another woman named Julia Vandenweghe, but the couple decided to part their ways in 2016. Lukaku has a huge following on Instagram, Facebook, and Twitter. Lukaku has an athletic body, and he takes very care of his body, and training, making him one of the remarkable professionals in football.

Romelu Lukaku is one of the most muscular and most athletic footballers who currently plays for the English football club, Chelsea. Lukaku’s precise finishing quality has helped him score many goals in club and international tournaments. He is also the top international goal scorer for his national football team. His ball heading ability, finishing and speed makes him one of the best strikers in this sport.

The Belgian striker is also very excellent at heading the ball into the net with athletic body and taller height. Lukaku has won several major trophies like the Italian league title and the Belgian Pro League title in his career. He has played mostly as a striker and a central forward in his professional football career, playing for different football clubs.

Romelu Lukaku is also quite active on social media like Instagram and Facebook. Lukaku keeps updating the fans about the matches and, his announcements. Footballer Romelu posts pictures of his vacations in different places, family, and his teammates, earning him huge fan followings worldwide. He uploads pictures with his cars, watches and children on social media.

Belgian international to goal scorer Lukaku has an overall rating of 88 in FIFA 22 game. He is given his favorite striker position in FIFA 22. Romelu has the highest pace and shooting out of other attributes as a forward. He has the highest 87 rating for shooting and the lowest 39 for defense. His individual FIFA 22 rating for different features are: