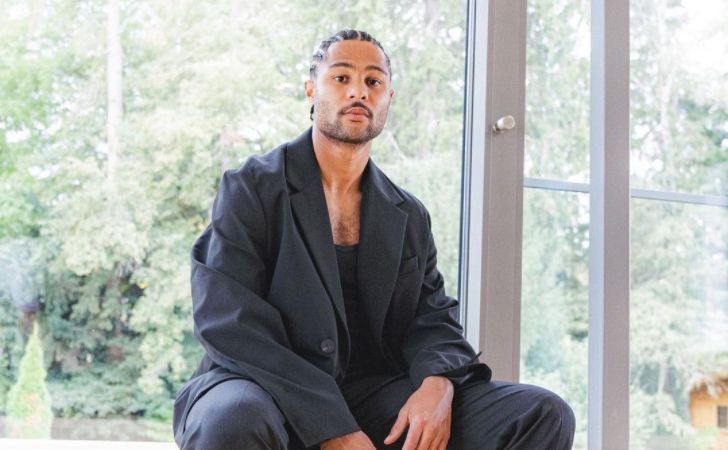 German and FC Bayern Munich football star Serge Gnabry is one of the best wingers. Gnabry currently plays for football club FC Bayern Munich after his transfer from rival German club Werder Bremen in 2017. After his favorite goal celebration, he is nicknamed “The chef. ” The UEFA champions’ league winner Gnabry has played in many major tournaments with many elite clubs like Arsenal and Bayern Munich in his career. He is a pacey player who can play excellently even as the striker or central forward, but mainly as the winger.

German football star Gnabry has scored many goals and assisted his teammates in major competitions like the UEFA champions’ league and the international games. He has represented his national team Germany for a long time, earning his 31 international appearances until after his debut in 2016. He has won many domestic and European titles with FC Bayern Munich. Gnabry is widely regarded as one of the prolific wingers in this sport due to his speed, shooting skills, and finishing abilities during the game. This biography on FC Bayern Munich football star Serge Gnabry covers some of the important moments from his early life till date.

Nicknamed “The chef”, Serge Gnabry was born to his father Jean Hermann Gnabry, and his mother Birgit Gnabry. His father was originally from Ivory Coast, while his mom was from Germany. He is the only child of his parents, and he was born in a middle-class family in a place in Germany called Stuttgart.

Delighted by his talent, Serge was soon recruited in the ranks of the local club TSV Weissach and in 2006, he joined VfB Stuttgart before finally moving to the Arsenal football academy. He played with number 27 on his jersey during his days at Arsenal, who currently wears the number 7 at his current club FC Bayern Munich. Likewise, he uses Gnabry as his name in his club and his national team kit. He was very impressed by Usain Bolt when he was a child and even dreamt of becoming a Marathon Sprinter.

The UEFA champions’ league title winner German international Serge Gnabry was born on 14-07-1995, making him 26 years old. Serge follows Christian as the religion and his Zodiac (horoscope) sign is Cancer.

According to his father, Serge played football with the children in their neighborhood. Delighted by his talent, Serge’s father took him to the local clubs in Germany, who was soon recruited in the junior team of his hometown club VFB Stuttgart. Since then Gnabry has been playing at a high level, making him one of the best players in modern football.

Serge Gnabry has curly hair and he can run very fast. He has an athletic body and he stands 5.9 inches tall. Footballer Serge has evenly matched weight for a professional footballer, as he weighs around 165 pounds (75 kilograms) at normal. He has brown color eyes and black color hair. Gnabry is very professional and takes very care of his body, training, and diet. This footballer has a chest span of 42 inches and a waist of 34 inches. Likewise, Gnabry athletic biceps measure 14 inches. Likewise, he uses a shoe size of 12 (US).

Serge Gnabry Salary and Net worth

According to multiple financial magazines, Serge Gnabry is worth around 7.5 million dollars to date. Serge has played for many elite clubs like Arsenal and FC Bayern Munich, so a most of his income constitutes club salary, performance bonuses, endorsement, and sponsorship deals. Gnabry has also earned a significant salary playing for his national team, as he has made 31 appearances for his national team after his debut in 2016.

He was signed by Arsenal for around 150k dollars when he was very young, where Serge earned a signing bonus and salary according to his contract. He earns around 10 million dollars per season at his present club Bayern Munich. This salary makes him one of the highest-paid players in modern football. Serge Gnabry is also a fashion fan. He is also a proud owner of extraordinary and finest cars in his collection, like Audi.

Who is Serge Gnabry Girlfriend?

Serge Gnabry is still unmarried, but he has been in a relationship with his girlfriend whom he had known for a long time. Her name is Sarah Kehrer. Sarah is a model and social media influencer by profession. The beautiful couple fell in love with each other when he played for the German football club Werder Bremen.

The couple are seen uploading their pictures while they are on the vacation. Gnabry and his girlfriend both have a huge following on Instagram and Twitter. This footballer has an athletic body and being a professional football player, he also spends his significant time in the gym, warm-up exercises, and training. He takes very care of his body, training, and diet, making him one of the remarkable professionals in this sport.

Serge Gnabry is one of the pacey and prolific attackers in football, having many titles and trophies in his collection in his career. His pace, Precise shooting and dribbling abilities make him one of the best wingers in European football. Gnabry has excellent dribbling and crossing skills, allowing the strikers and defenders to head the ball into the net.

Gnabry has won several major trophies like the German league title and the UEFA champions’ league title while playing for FC Bayern Munich. In his professional football career, Gnabry has played mostly as the winger, striker, and sometimes as a Left and Right midfielder. Footballer Gnabry is renowned as a fast dribbler and precise shooter in this sport.

Serge Gnabry is also quite active on social media like Instagram and Twitter. In addition, he keeps updating the fans about the matches and, his announcements. Footballer Gnabry posts pictures of his vacations in different places, family, and his teammates earning him huge fan followings worldwide. Serge uploads pictures of his cars, watches, and children on social media.