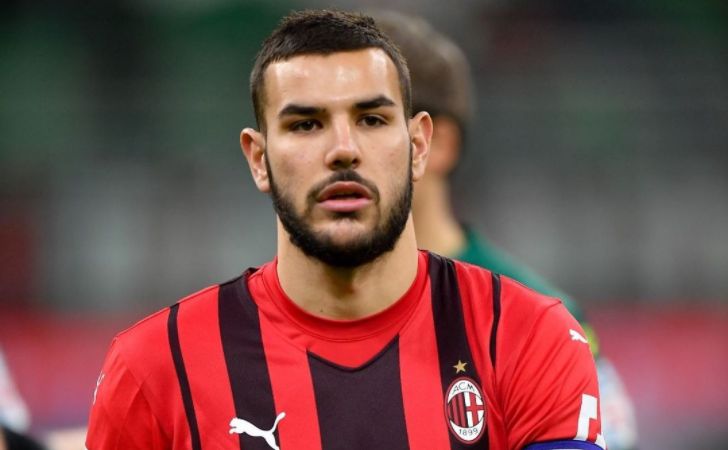 French football player Theo Hernandez is one of the best defenders in football who can play as the left-back and left wing-back. He currently plays for football club AC Milan after his transfer from Real Madrid in 2019. The UEFA Nations League winner has played in many tournaments with clubs like his career. He is a versatile player who has been playing excellently even at the right-back position and mainly as the left-back. He was initially developed in Atletico Madrid’s football academy before joining rival club Real Madrid.

He also got call up for his national team France recently and has featured in four games until now. has won many major trophies like the Spanish league title and the UEFA champions’ league. Theo is widely regarded as one of the game’s finest defenders due to his tackling, interception skills, and crossing skills during the game. This biography on French and AC Milan football star, Theo Hernandez covers some of the important moments from his early life.

Also nicknamed “The plane” by his Real Madrid teammates, Theo Hernandez was born to father Jean Francois Hernandez and mother, Laurence Py. His father was an ex-professional footballer who played for Marseille and Atletico Madrid. His father left him and his family when he was a kid, so his mother worked hard to raise her kids. He also has one elder brother, Lucas Hernandez, a professional footballer and plays for FC Bayern Munich. Showing good signs early, he grew up playing football with his brother and friends in their neighborhood.

Impressed by his defending and crossing skills, Theo Hernandez was recruited in the ranks of Atletico Madrid academy ranks where he was promoted to the senior squad in2016. He played with number 15 on his jersey during his days at Real Madrid who currently wears the same number 19 at his present club AC Milan. Likewise, he uses Theo as his name in his club and his national team kit during his career. Starting as a left-back in his early playing days, he excelled at many defense line positions.

The Nations league winner French footballer was born on 14-02-1996, making him 24 years old now. Theo follows Christian as the religion and his Zodiac (horoscope) sign is Pisces. According to his mother, he always played football with the children in their neighborhood. Delighted by his talent, he was enrolled in the ranks of the football academy of Atletico Madrid at the age of nine.Since then Theo has been playing at a high level, making him one of the best players in modern football.

Hernandez has an athletic body and he stands 6 feet tall. Footballer Theo has evenly matched weight for a professional footballer, as he weighs around 172 pounds (78 kilograms) at normal. He has dark brown color eyes and blonde hair. Theo is very professional and takes very care of his body, training, and diet. He has a chest span of 40 inches and a waist of 31 inches. Likewise, his athletic biceps measure 13 inches. Likewise, Theo uses a shoe size of 11 (US).

Theo Hernandez Salary and Net worth

As per multiple sources, Theo Hernandez is believed to be worth around 3.5 million dollars to date. He has played for many rich football clubs such as Real Madrid and AC Milan until now, so a major part of his earnings constitutes Football Club salary and additional bonuses, endorsement, and sponsorship deals. He was signed by Atletico Madrid at an early age while he was in the academy and was promoted to the senior squad a few years later.

When he was signed by rival club Real Madrid for 27 million dollars, he averaged around 6 million dollars in annual salary. He earns around 2 million dollars per season at his present club AC Milan. This amount makes him one of the highest-paid defenders in this sport. Theo is also a fashion fan and he also owns multiple extraordinary cars such as Mercedes and BMW.

Who is Theo Hernandez Wife?

Footballer Theo is still unmarried, but he is in a relationship with a woman he had known for a long time. Her name is Zoe Cristofoli and she is a model by profession. This beautiful couple fell in love with each other while Hernandez was playing for the AC Milan football club in 2020. According to the couple’s statement on their social media accounts, they soon expect a child.

he couple sometimes spends their free time together in photos and videos. Both Theo and his girlfriend have a huge following on Instagram, Facebook, and Twitter. Theo has an athletic body and being a professional Football player, he also spends his significant time in the gym and training.

The UEFA champions’ league winner French footballer is a speedy and versatile defender who has multiple trophy collections throughout his career. His tackling skills, passing and intercepting qualities make him one of the best defenders in football.

Theo Hernandez has excellent defending and heading skills. Hernandez is also very good against the forwards in one vs one situation. He has won several major trophies like the Spanish league title and the UEFA champions’ league while playing for Real Madrid football club. Theo has played mostly as the left-back or left-wing-back and sometimes as right back in his professional football career. He is also quite famous for excellent crossing inside the box.

Theo Hernandez is also quite active on social media like Instagram and Twitter. He keeps updating the fans about the matches and his announcements. Footballer Theo posts pictures of his vacations in different places, family, and his teammates, earning him huge fan followings worldwide. Hernandez uploads pictures with his cars, watches and children on social media.

French international Hernandez has an overall rating of 84 in FIFA 22 games. His rating has increased from that of FIFA 21 version. Being a defender, he has the highest pace and physical out of other attributes. He has the highest 93 rating for pace and the lowest 71 for shooting. His individual FIFA 22 rating for different attributes are: