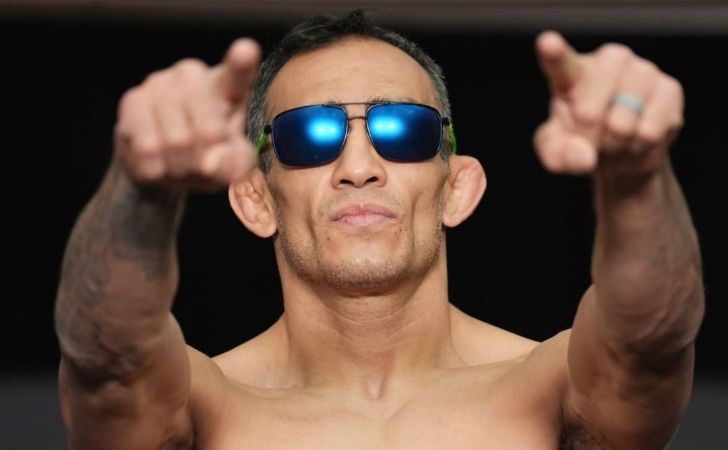 Tony Ferguson, also known as Anthony Armand Ferguson Padilla, is an American professional mixed martial artist. Tony currently competes in the Lightweight division and is ranked ninth on UFC Lightweight rankings. Ferguson is the winner of The Ultimate Fighter 13, and on October 7, 2017, Ferguson won the Interim UFC Lightweight Championship. He had 12 win streaks till June 8, 2019, when he fought Justin Gaethje and lost the fight via TKO.

Ferguson has been in the UFC since 2011, when he first fought in The Ultimate Fighter against Ramsey Nijem. Before UFC, Ferguson used to fight in different promotions.

On May 7, 2022, Ferguson fought against Michael Chandler for the number one contender. Chandler knocked Ferguson out via front kick in the second round. In 2006, Ferguson won the gold medal in National Collegiate Wrestling Association.

So, if you like Tony Ferguson and want to learn more about him, please read the article below.

MMA fighter Ferguson was born on February 12, 1984, in Oxnard, California, US. His family information is not available and will be updated as soon as possible.

Ferguson is of Mexican heritage. He had a Scottish-American stepfather. Ferguson grew an interest in sports from an early age. He was a three-sport athlete at Muskegon Catholic Central High School.

After high school, he joined Grand Valley State University. He didn’t finish his degree. In 2006, Ferguson won the gold medal in National Collegiate Wrestling Association. Later he moved to California and started training in MMA.

He joined Central Michigan University before transferring to Grand Valley State University. However, he didn’t finish his degree.

Ferguson’s body measurements and shoe size are under review and will be updated as soon as possible. His hair and his eyes are black. Ferguson’s zodiac sign is Aquarius.

On May 7, 2022, at UFC 274: Oliveira vs. Gaethje, Ferguson faced Michael Chandler in a Lightweight bout. Chandler knocked tony out via front kick.

This lightweight bout was set for UFC 262 on May 15, 2021, at the Toyota Center in Houston, Texas, United States. This was an important fight for both fighters. The fight went to the judge’s scorecard and Ferguson lost the fight via unanimous decision.

This lightweight bout was set for UFC 256 on December 12, 2020. Oliveira won the fight via unanimous decision.

Ferguson faced Justin Gaethje on May 9, 2020, at UFC 249. This fight was for the interim UFC Lightweight Championship. Gaethje technically knocked Ferguson via punch in the fifth round.

Who is Tony Ferguson Wife?

Ferguson is married to his long love Cristina Servin. The pair tied the knots in 2012. They have a son named Armand Anthony and are expecting their next child soon.

Cristina Servin was born in August 1991. She attended California State University. Ferguson is grateful towards his wife and children.

Ferguson makes the majority of his money not just from fighting in the Octagon, but also through lucrative sponsorship deals and advertisements.