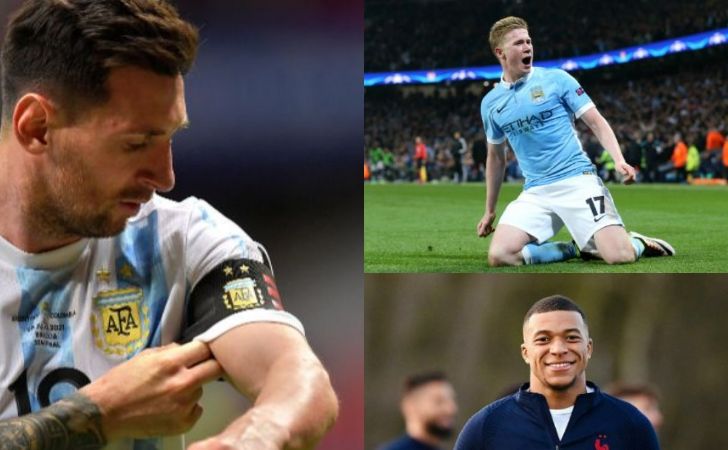 The Qatar World Cup 2022 is quickly becoming the most awaited event in the football world. With the first World Cup to be staged in the Mideast, anticipation is increasing more than it has ever been. Similarly, there are plenty of players to watch out for in the upcoming world cup, including Lionel Messi to Cristiano Ronaldo.

Despite how much the host country prepares for this event, the players are a huge component of World Cup activities. Admittedly, the athletes are what the tournament is mostly about, and they are the people who come to enjoy football.

However, in every World Cup, there are certain players for whom the supporters eagerly wait to see them in action. In this article, we will look at some of the best stars to keep an eye on during the Qatar 2022 World Cup.

Best Players to Watch Out for in Worldcup 2022:

The youngster, Kylian Mbappe already has demonstrated his potential. He has been the French team’s star performer in the 2018 FIFA World Cup. The striker is amongst the most unusual talents the football world has ever known, and he is desired by each and every major club on the planet.

Despite being only 22 years old, He’s undoubtedly one of the top players in the tournament right now. Therefore, we simply cannot imagine what he’s capable of so far.

Similarly, he had an excellent season with PSG last season, scoring 28 goals and providing 17 assists. He was the season’s leading goal scorer and assist maker in 2021/22.

Mbappe has 11 goals and 8 assists in his previous 15 appearances for France. These statistics show how good his present form is and how interesting it will be for spectators to see him play during the World Cup in 2022.

Lionel Messi is a player who doesn’t need an introduction. Apart from the World Cup, Messi has accomplished everything he could have wished for. It is without a doubt his final opportunity. So, will he seize it?

Messi has encountered various challenges while protecting his nation’s colors. He had been a part of the squad that lost to Germany in the 2014 World Cup final. Also, finishing second in Copa America in 2007, 2015, and 2016.

Although it was hardly his best performance in an Argentina shirt, Argentina’s Copa America victory over Brazil in 2021 concluded Messi’s quest for international success, erasing the agony of many final disappointments.

Although he is 34 years old, Messi still has it. Unhampered by failures in the past or the duty of a club centered on him, he is set for one final chapter, the World Cup 2022. The entire world should now be alarmed.

He has established himself for being one of the best midfielders in the globe year after year since joining Manchester City. Similarly, De Bruyne is the most important player on a Belgian team that is brimming with talent. They appear to know that it is their ‘magical decade’ and last shot to make.

De Bruyne is one of the greatest playmakers globally and the king of assists. He has never failed to acknowledge his adaptability in the game.

De Bruyne’s performance is far more than statistics as a playmaker, but his stats well over years show how precise De Bruyne has so far been. Last season, he appeared in 45 games for Manchester City, scoring 19 goals, while making 14 assists.

Similarly, the golden boy has appeared in 90 games for Belgium till now, scoring 24 goals, while making whooping 45 assists. Therefore, he is among the best players to watch out for in Worldcup 2022.

Neymar is coming off a fragmented year for PSG, however, there’s zero denying his tremendous potency for Brazil while he’s at the peak.

Having missed out on the 2014 World Cup semi-finals due to injuries and a shock loss to Belgium in 2018, this could be his final chance to bring his country its coveted sixth World Cup.

Neymar is expected to surpass Pele as his country’s all-time leading goal scorer in the coming year or two and remains the very first entry on the team’s roster.

During the world cup qualification South America 2021/22, Neymar appeared in 8 games for Brazil, scoring 5 goals, while he also manages to assist 6 times. Not only that, the Brazilian also manages to score whopping 13 goals during the season 2021/22 for PSG. He also made 8 assists.

The dribbling champion will be playing in his final World Cup and will give his everything to bring the trophy back to Brazil. As a result, Neymar is one of the top players to watch out for in the World Cup 2022.

Cristiano Ronaldo has done what only a few players have in soccer’s history. He’s in the all-time debate, with many claiming him to be the greatest. However, he will be looking to add the World Cup trophy to his cabinet.

He’s currently 37, and after this tournament, he’d be above 40 for the next, making this his last real shot at a World Cup trophy.

Cristiano Ronaldo, a Manchester United striker, currently holds the official goal record in the history of football, with 815 goals in 1,120 appearances for club and country. Similarly, he is the top international goal scorer, with 117 goals in 189 appearances for Portugal. Therefore he is players to watch out for in the World Cup 2022.

Ronaldo is also an essential part of the squad. This will be his tenth big international event in a row, and despite being older and past his prime, he remains a crucial player for Portugal.

Compared to Messi, he has also achieved everything and every trophy except the World Cup.  Since this will be Ronaldo’s last world cup, It will be much interesting to watch this legend playing and winning the trophy for the first time.