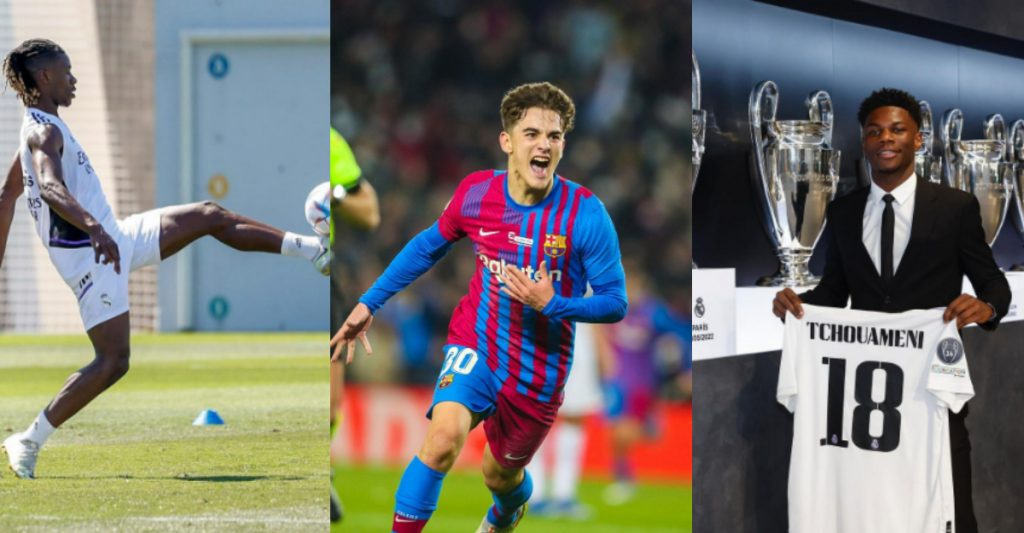 Football is a team sport that provides players recognition, and most of them achieve it. On the other side, some players perform admirably but do not achieve the same level of popularity as others. Similarly, this article will concentrate on the top 5 underrated midfielders for Worldcup in 2022.

Following that, midfielders play an important role in providing opportunities for strikers while also assisting defenders.

Additionally, a team does not win a game because of a single player, but rather via the combined efforts of all team members. Likewise, the players listed below have turned in commendable performances during the 2021/22 season, although their efforts have mostly gone unnoticed.

The Japanese professional footballer, Takefusa Kubo is unarguably one of the most underrated midfielders for Worldcup. The young 21-year-old midfielder was born in Kawasaki, Kanagawa, Japan.

Further, the player was signed by 14 times champions league winning club Real Madrid in 2019. However, Kubo has not been given a chance to play a single game to play for Real Madrid. He was sent out on a loan to several clubs shortly after he arrived in Madrid.

Following that, the Japanese Midfielder currently loaned to Spanish club Mallorca in 2021 and represents Japan National Team. However, he is also known by the nickname “The Japanese Messi”. This is because of his exceptional dribbling skills.

Likewise, he also possesses exceptional insight into the game, which is uncommon among young athletes. Similarly, he always makes unexpected decisions, resulting in assists and goals.

Now talking about his stats, Kubo appeared in 66 matches for Mallorca, scoring goals while he also manages to make 8 assists. Similarly, he also has scored one goal for his national team.

Undoubtedly, Kubo is now his country’s greatest hope, and he might play a key role in Real Madrid’s coming years.

Numerous Chelsea admirers expected Conor Gallagher to remain in the summer transfer and compete for his position in the club. On the other hand, Thomas Tuchel had other intentions, allowing Gallagher to sign Crystal Palace on loan.

However, Gallagher currently plays as a midfielder for Crystal Palace and represents England National Team.

His market value has been steadily increasing as a result of his remarkable performance, reaching 25 million euros in 2022. Despite his outstanding performance, Chelsea has loaned him to other clubs since 2019.

Furthermore, the 22-year-old player has also been one of the league’s best players this season. His efforts have indeed been constant, and he appears to be becoming a better midfielder week by week.

In addition, he appeared in 39 games for Crystal Palace in 2021/22, scoring 8 goals while he also manages to make 5 assists.

However, the English Footballer made his first appearance for England on 15th November, 2021. Since then, he appeared in 4 games for England, while assisting 1 goal.

Despite having amazing stats when compared to some of the famous names, he did not receive enough credit for his efforts.

The former AS Monaco player, Aurelien Tchouameni recently joined the Spanish club Real Madrid on 11th June, 2022 for a fee of 80 million euros. Furthermore, the Frenchman has yet to make his Real Madrid debut.

However, Tchouameni is without a doubt one of the most underrated players. Following that, he has been a significant force at the core of Monaco’s midfield for the last two seasons.

Further, the Frenchman is quite frankly a monster in the middle of the park, with especially noteworthy defensive attributes. The 22-year-old player initially struggled to break into the Monaco side, but he shined in the other half of the 20/21 and 21/22 seasons.

On the other hand, he made his debut for France National Team on 1st September, 2021. However, till now he played 12 games for France in which he scored 1 goal.

He is, nevertheless, an unpopular personality. It remains to be seen whether this will alter anytime soon.

Pablo Martin Paez Gavira, professionally known as Gavi is a very young and passionate footballer. The Spaniard is currently playing for one of the top clubs in the world, Barcelona. He is just 17 years old and was born in Spain.

However, Gavi Plays as a Midfielder and represents Spain National Team. Likewise, he is a highly promising player and is frequently compared to former Barcelona midfielders such as Xavi and Iniesta.

Not only he is good at dribbling and passing but he also has amazing ball control and the ability to initiate counterattacks.

The 17-year-old player started playing for Barcelona’s senior team during the 2021/22 season. Similarly, he appeared in 47 games for Barcelona, scoring 2 goals while assisting 6 times.

Talking about his international career, he made his first appearance for Spain on 6th October, 2021 in the UEFA Nations League semi-final victory over Italy.

The Spaniard also made a record for becoming the youngest player to ever represent Spain at the senior level. However, he has played 10 games for Spain’s Senior team and scored 1 goal.

Nevertheless, his remarkable and consistent performance at such a young age has been contributing to his rapid progress.

The champions league winner, Eduardo Celmi Camavinga is one of the most underrated and young French professional footballers. Further, The Frenchman was born on 10th November, 2002, in a refugee camp in Cabinda, Angola.

During the 2021/22 season, the midfielder appeared in 42 games for the club, scoring 2 goals while assisting 2 times. However, he hasn’t really had many opportunities to make in starting eleven. Rather, he begins mostly as a replacement.

Aside from that, he is excellent at setting up opportunities for his teammates to score. He possesses higher press resistance, allowing him to remain central and work in half-spaces.

Additionally, the French athlete made his first appearance for the France National Team on 8th September, 2020. However, he has made only 3 appearances for France while scoring 1 goal.

Despite this, he is less recognized, and one of the most underrated midfielders for Worldcup in 2022. So, we’ll just have to wait and see how Camavinga develops as a player.