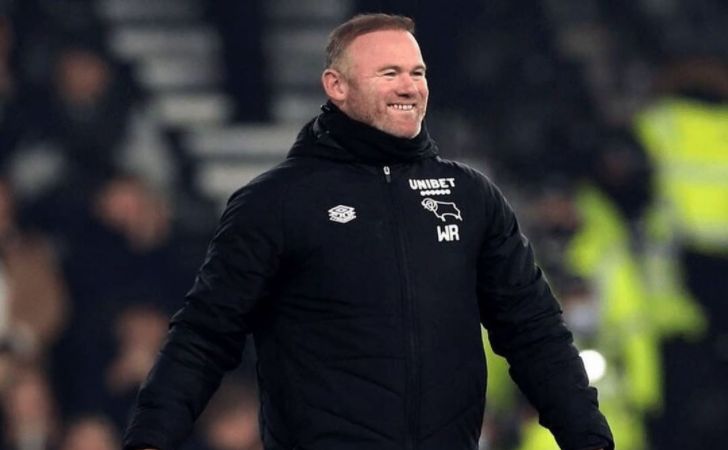 Wayne Rooney is one of the best forward and midfielders who played for the England national team and Manchester United. He spent most of his prime career at Manchester United as a player and now he manages the English Championship side Derby County football club. The UEFA champions’ league winner has won many individual honors like the Golden Boy award and BBC sports personality of the year award in his career.

The generational talent has scored many goals including the famous bicycle kick goal against Manchester City. Rooney is also England’s youngest goalscorer and all-time top scorer in international games. Rooney is a versatile player who can play excellently even as the attacking midfielder but mainly as the striker and central forward. Wayne has won many major trophies like the UEFA champions’ league title and the English premier league title playing for Manchester United. Footballer Wayne is widely regarded as one of the finest midfielders of the game due to his visionary passing, shooting skills, and versatility in the match. This biography on former English footballer Wayne Rooney covers some of the important moments from his early life till date.

English international Wayne Rooney was born to their father, Thomas Wayne Rooney and mother, Jeanette Rooney. Both his father and mother are from England and they were Manchester United fans from the very beginning. Rooney was born in a middle-class family in England, Liverpool. He also has two brothers whose names are Graham Rooney and John Rooney. Showing good signs early, he grew up playing football with his friends and brothers during his early childhood. His two brothers still play football in the lower-division English league.

The talented child footballer was soon recruited in the ranks of the Liverpool schoolboys where he made a record of scoring the goals. In early 2013 he joined the English football club, Everton, after impressing then Everton’s football scouts.

He played with number 18 on his jersey during his initial days at Everton football club who wore number 8 and number 10 jerseys at Manchester United. Likewise, he used Rooney as his name in his club and his national team kit while playing in his professional football career. Starting as a central forward, Rooney excelled at many positions in the midfield and attack making him one of England’s greatest football players.

The former UEFA champions’ league title winner English footballer was born on 24-10-1985, making him 36 years old. (As per 2021) He follows Roman Catholic as the religion and his Zodiac (horoscope) sign is Scorpio. Wayne Rooney has a medium-sized body and his ethnicity is Irish. Rooney grew up in the suburbs of Liverpool playing football with his brothers and friends. After he impressed the scouts, they took him to Everton’s junior football team and promoted him to senior squad.

Rooney has an athletic body and he stands 5.9 feet tall. Wyane has evenly matched weight for a professional footballer, as he weighs around 182 pounds (83 kilograms) at normal. He has blue colour eyes and light brown colour hair. Rooney is very professional and takes very care of his body, training, and diet. He has a chest span of 41 inches and a waist of 34 inches. Likewise, his athletic biceps measure 13 inches and he uses a shoe size of 10 (US).

Wayne Rooney Salary and Net Worth

Well renowned with the nickname “Wazza,” Wayne Rooney is worth around 170 million dollars to date. He has played different clubs like Everton, Manchester United and DC United, so a major part of his earnings constitutes Football club salary and additional bonuses, endorsement, and sponsorship deals. He has made 120 appearances for his national team England after making his national team debut in 2003 at 17.

Rooney has also earned a significant salary playing for his national team. Wayne Rooney was signed by Manchester United football club at the age of 18, where he earned a signing bonus and salary according to his contract. Likewise, he was again signed by DC United in a lucrative contract where he played for two seasons. He earns around 5.5 million dollars per season as a manager at his present football club Derby County. He also owns multiple extraordinary cars in his collection, such as BMW and Lamborghini.

Who is Wayne Rooney Wife?

Wayne Rooney is married to a woman he had known for a long time. Her name is Coleen Rooney, and she is a writer and a social media influencer by profession. This couple fell in love with each other while still playing for Manchester United football club.

The couple are parents to four sons: Kai Wayne, Klay Anthony, Kit Joseph, and Cass Mac Rooney. Rooney was also accused of driving after drinking alcohol in the past. He was charged fine by the court and Everton football club. Wayne Rooney and his wife Coleen Rooney has a huge following on Instagram, Facebook, and Twitter. He has an athletic body and being a football manager, he spends his significant time in the gym and training with his players.

Wayne Rooney is an intelligent and versatile footballer with beautiful trophy collections throughout his career. His visionary passing and crossing skills make him one of the best forward and attacking midfielder to ever play this sport. Even though he is more suited like attacking midfielder, he had very precise long shooting ability, agility and finishing quality in his playing days.

In his professional football career, the Golden Boy award winner has played mostly as a central attacking midfielder and forward and striker. Rooney has scored many goals and assisted his teammates in major tournaments like the European Championship in his prime. His goals against Manchester City back in February, 2011 is considered one of the Iconic goals in football.

Wayne Rooney is also quite active on social media like Instagram and Twitter. He keeps updating the fans about the matches, and, his announcements. Rooney posts pictures of his vacations in different places, family, and his teammates, earning him huge fan followings worldwide. He uploads pictures with his cars, watches and children on social media.

Wayne Rooney is a retired professional footballer, and he currently manages Derby County football club. He does not have a player rating in FIFA 22 as he is not playing for any club or the country anymore. Rooney, however has-icon FIFA cards in FIFA 22 game. He has 98 overall rating and central attacking midfielder as his preferred position in his FIFA 22 prime icon card