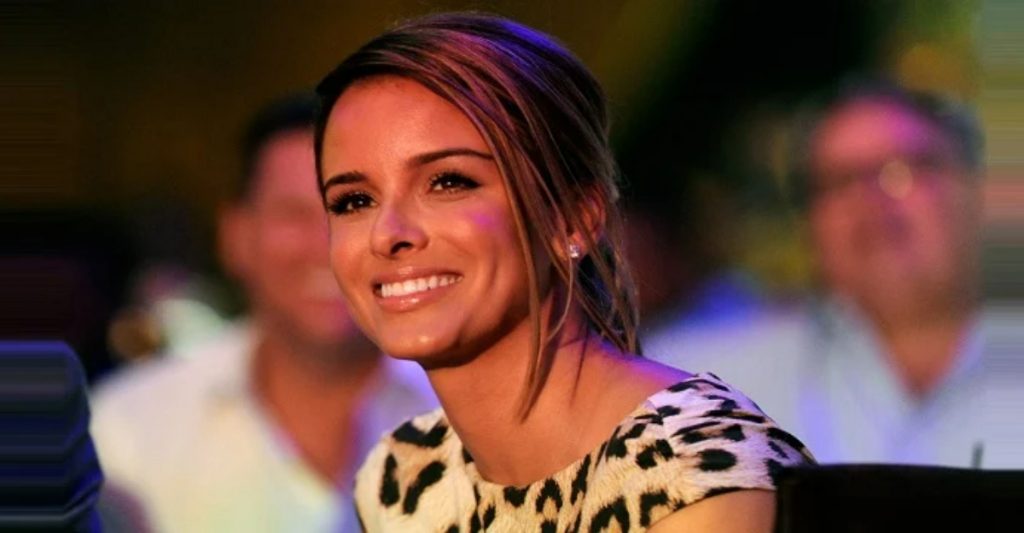 Michael Jordan wife Yvette Prieto is a Cuban-born American model and a famous TV personality. Currently, she is also mostly recognized for being associated with several prominent designers and brands.

Further, she is not much famous for being a model instead she gained more popularity by being the wife of basketball legend Michael Jordan. Similarly, Prieto is today quite well-known on social media channels as well.

However, the Cuban model’s career has had its ups and downs. Nevertheless, she came to prominence through her skills, dedication, and endeavors to outperform the competition.

Michael Jordon’s wife Yvette was brought into this world on 26th March 1978 in Cuba. However, she is currently 43 years old.

Furthermore, the American model was born to her loving mother, Maria Prieto, and father, Carlos Prieto. She did, however, grow up with her only sibling, Carlos Prieto in Miami.

Previously, Yvette was interested in modeling and the supposed life of glitz and glamour. However, her parents had other plans for her.

They wanted her to join their family business. As a result, Yvette’s parents decided to enroll her in a business college.

She graduated from a Miami-based high school. However, right out of high school, her father sent her to a university to study Business Management.

Following that, she wraps up her graduation and begins working with her father in his firm.

Prieto has additionally worked with various Miami businesses, including LBS and Aqua Management. However, Yvette left the firm since the circumstances were not adequate for her father’s company.

As a result, she decided to switch her career path from management to the glamour world, and now she’s a model.

In addition to that, the model has an evenly proportioned physique, prominent blonde hair, brown eyes, and a sharp facial structure.

Following that, they began dating in 2001 and the two were together till 2008.  However, things did not pay off in the end, and the couple split up.

How did Michael Jordan and Yvette Prieto Encounter?

In 2008, she encountered basketball legend Michael Jordan for the first time while partying at a nightclub. Michael, who has just been divorced at the time, was instantly captivated by the gorgeous young model.

Although Jordan was several years older than Prieto, the two began dating soon after. She also got to know Jordan’s three kids from his previous wife.

Further, in 2011, Jordan proposes to Yvette and later the pair decided to marry in a grandiose wedding at Bethesda-by-the-Sea Episcopal Church on 27th April, 2013. Following that, the ceremony was filled with celebrities, with Usher, as well as Robin Thicke, singing at the reception.

Currently, they are delighted and living their lives to the utmost.

Who is Michael Jordan?

Michael Jeffrey Jordan, better known as MJ, is an entrepreneur as well as a retired American professional basketball player.

He is the best basketball player of all time. Further, during the 1980s and 1990s, MJ was instrumental in commercializing the NBA globally. While becoming a worldwide living legend in the process.

Likewise, he was an NBA player for fifteen years, earning six NBA titles with the Chicago Bulls. Jordan is the major owner and chairperson of the NBA’s Charlotte Hornets team. Similarly, he also owns the NASCAR Cup Series team 23XI Racing.

Likewise, MJ was born to her mother, Deloris, a bank employee, and his father, James R. Jordan Sr., an equipment supervisor.

During his second year, he attempted in for the basketball squad, but at 5 feet 11 inches, MJ was declared too small to compete at that level.

Afterward, he received a basketball scholarship from the University of North Carolina at Chapel Hill in 1981, where he studied cultural geography.

Michael was chosen third overall pick in the 1984 NBA draft by the Chicago Bulls.  Later, Jordan makes his NBA appearance on 26th October, 1984, at Chicago Stadium, scoring 16 points. Everything else is history.

What is the Net Worth of Michael Jordan?

As per Forbes’ 2022 Billionaires List, Michael Jordan has an estimated net worth of 1.7 billion USD, marking MJ the wealthiest former sportsman in the world.

MJ was famed for both his basketball jump shots and his iconic footwear. As the popularity of Nike Air Jordans grew, so did the athlete’s net worth. Nike royalties net him about $100 million per year.

However, the majority of his current profit comes from his NBA club, the Charlotte Hornets. He paid $175 million for it in 2010 and owned 97 percent of the club until releasing a portion of it to two parties in 2019.

On 9th February 2014, the pair got blessed with twin baby girls, Ysabel Jordan, and Victoria Jordan.

On the other hand, Yvette is also the stepmother of Michael’s three children from his previous marriage to Juanita Vanoy.

Yvette began looking for modeling jobs, and her physical beauty (and intelligence) were almost enough to get her going.

Following a few short campaigns, Yvette signed a contract with none other than Alexander Wang, a Taiwanese American designer. This increased Yvette’s popularity and wealth while also providing her with new job prospects.

In 2011, she reportedly appeared in the TV documentary series “Cuba: An Island Apart.”

In 2001, Yvette Prieto’s parents, brother, along with his wife were charged with financial misconduct.

Further, by using forged documentation, the Prieto family sought reimbursement from the insurance agency for costly operations that were only on paper.

Afterward, PacifiCare Case Management received a total of 410 thousand dollars. However, in 2005, Prieto’s brother and wife were sentenced to around one and a half years imprisonment following their deception.

The Cuban model’s net worth is estimated to be $4 million. However, the 43-year-old model has an annual salary of $800,000. However, the majority of the income comes from modeling agencies, fashion businesses, and sponsorships.

Nevertheless, Prieto doesn’t really need to work since her spouse, MJ is the top-paid former basketball legend, with a net worth of 1.7 billion USD.

Unfortunately, the American model, Yvette is not active on any social media platforms. However, her husband, Michael Jordan has a great fan base on every Social Media platform.

Some Interesting Facts about Yvette Prieto

Yvette Prieto has a net worth of $4 million.

The model, Yvette is 16 years younger than Michael Jordan, the 58-year-old basketball icon.